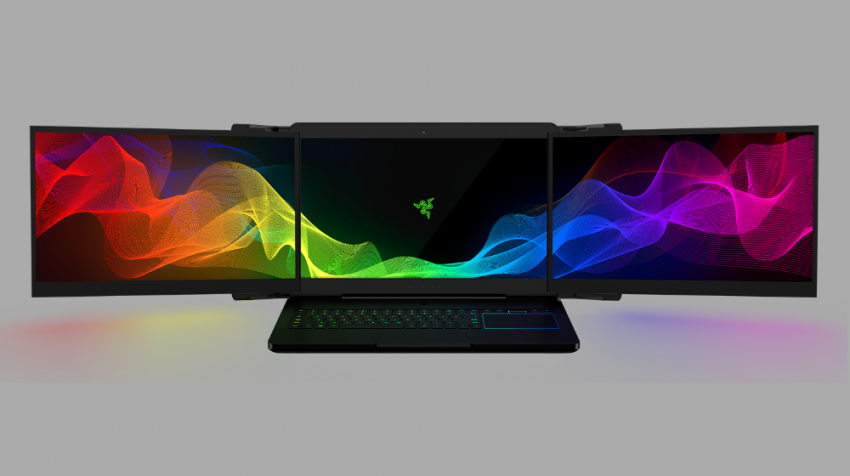 Last month Razer introduced its Project Valerie 3 screen laptop to the world with two prototypes at the Consumer Electronics Show in Las Vegas. By all accounts the innovative design was a hit, so much so, imitators couldn’t resist them either, so they made their own.

This begs the question, what was so great about the Project Valerie laptop? This video shows the approach Razer has taken to extend the two screens on each side of the laptop, which is pretty awesome!

Beyond this feature though, Project Valerie has to be evaluated for possible use cases beyond gaming, which is clearly obvious. While the company didn’t reveal the specs for the processor, RAM, and storage, it did so for the display and graphics engine.

A Look at the 3 Screen Laptop from Razer

If it ever comes to fruition, this laptop will have three high resolution 17.3 inch 4K screens, which will be powered by an NVIDIA GeForce GTX 1080 graphic processing unit with an eye popping resolution of 11520 x 2160. With the right specs behind it, graphic designers, architects, engineers, traders and photographers are some of the small business owners that can make use of it.

Razer didn’t reveal the price, but a Chinese site that was selling a stolen prototype of the laptop was offering it for $15,000, which puts it out of the budget of the vast majority of small business owners, even at half the price. But if you are a DIYer, and you have your heart set on a laptop with three screens, don’t despair.

A YouTube channel, called JerryRigEverything, has a step-by-step instruction on how to build your own — albeit a not so polished version — with a used laptop, two new screens, door hinges and epoxy. It sounds rough, but Zack Nelson, who hosts the channel, does a commendable job. And what is even more impressive is, he takes it on planes and buses and uses it. 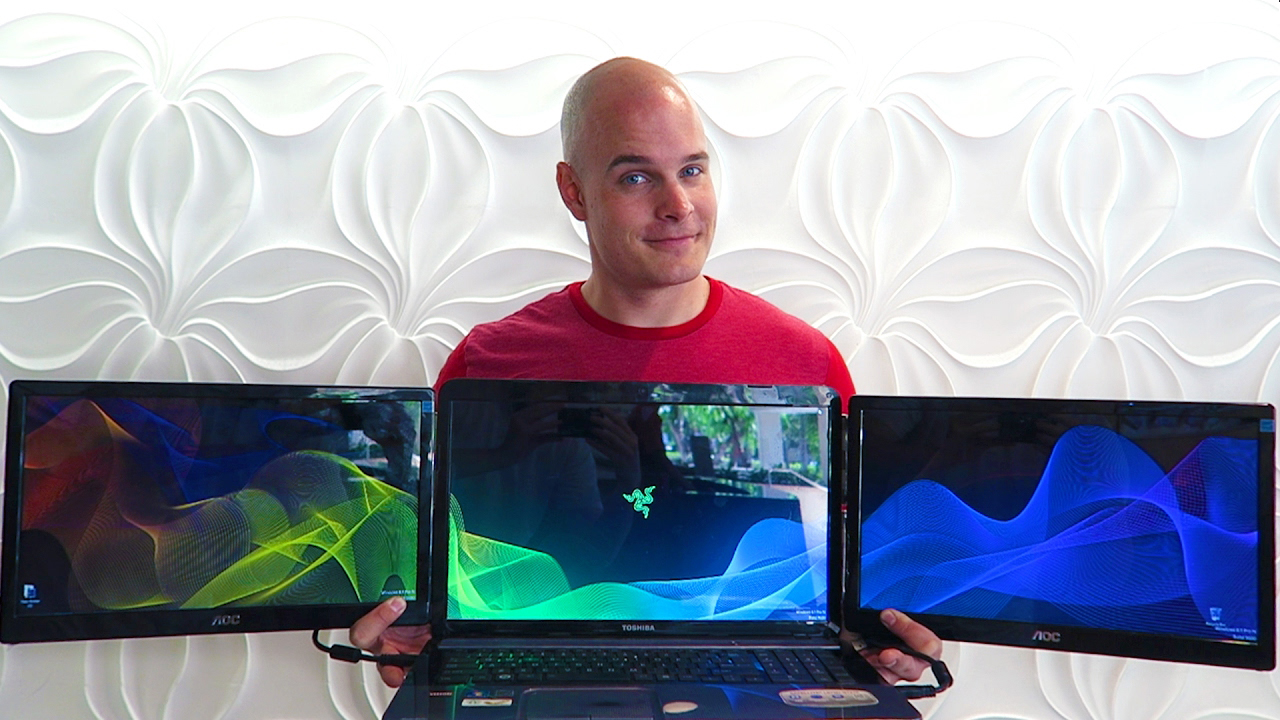