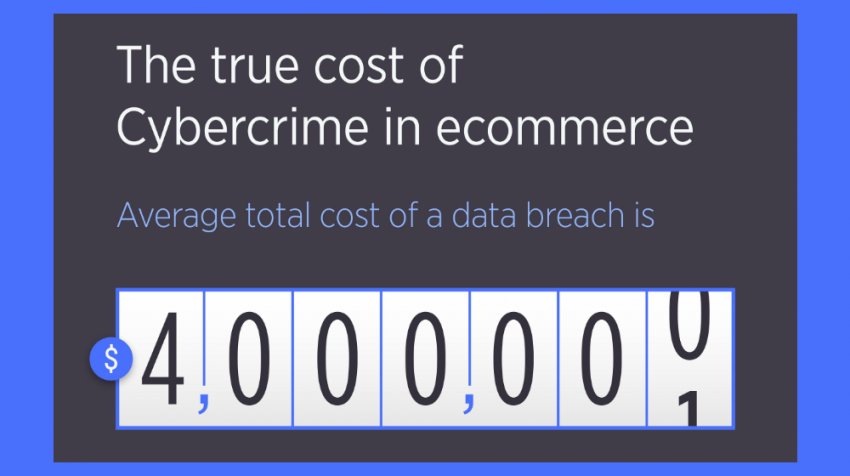 If your small business hasn’t been “hacked,” it can be difficult to quantify the potential impact of cyber crime.

True the impact of a cyber crime committed against your small business can range from simply annoying to potentially crippling. But in the end, the question remains whether a way exists to measure that impact in dollars and cents?

Cost of a Data Breach

And the cost to eCommerce retailers continues to increase as does the likelihood of an attack. The same data shows that the cost of a hack has gone up 29 percent since 2013. Today, the average cost of a single attack stands at a staggering $4 million.

A denial of service attack (often referred to as a DDoS attack) is the most common attack. BigCommerce and Symantec data shows that 45 percent of the attacks on eCommerce companies are DDoS attacks.

Attacks on a point-of-sale solution (32 percent) or a web app (13 percent) were the two other most common against eCommerce retailers.

Probably the most negative impact of a security breach on an eCommerce retailer is the loss of business. Many existing customers who have had their data compromised and those who might have been your customers may cease doing business with you.

And this is where the cost of a cyber attack begins to mount.

Data collected by BigCommerce and Symantec shows U.S. eCommerce retailers may face their greatest challenge winning back customers following a a data breach.

In fact, the data suggests such an attack may increase a company’s churn by 2.9 percent.

Get Ahead of It (If Possible)

Of course the best way to minimize the cost of a data breach is to be prepared when it comes.

For example, data from Symantec and BigCommerce suggests eCommerce businesses can save up to $16 per hacked record simply by having an incident  response team in place to deal with an attack when it happens.

See the full infographic (PDF) from Symantec and BigCommerce for other tips that may help reduce your loss in the event of a data breach.