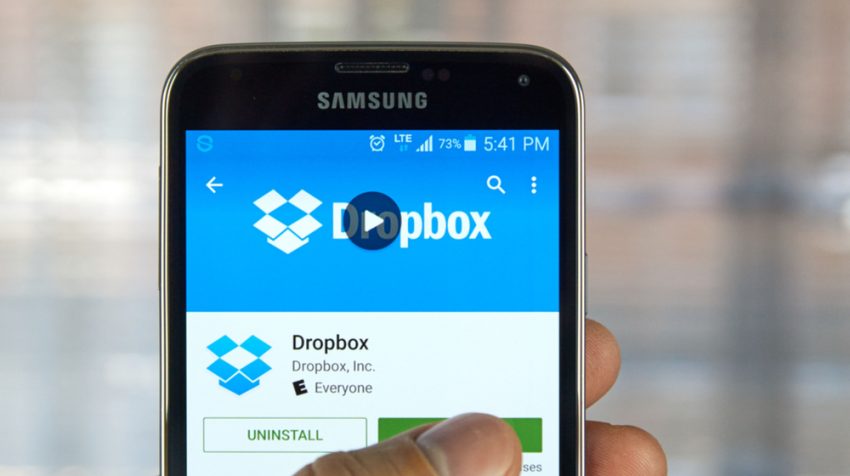 If you do a lot of collaboration in your small business, you just got a new option that could help make that
work easier. Dropbox officially launched its Dropbox Paper software after more than a year of teasing the product.

In addition, iPad sales seem to be slowing down amid a slump in the tablet sector. And your business might need to learn a thing or two about SEO. You can see more about these headlines and others in the Small Business Trends news and information roundup below.

Remember Dropbox Paper — the collaborative editing software introduced way back in October 2015? Well, it has finally launched globally. The Dropbox Paper Collaboration Tool Paper gives you the opportunity to create, organize and review content. It also enables you to work with multiple file types from Google and Microsoft.

Two things stood out when Apple (NASDAQ:AAPL) announced its first quarter results recently. One was the solid growth in iPhone, Mac, Services and Apple Watch sales. The other was the sharp decline in iPad sales. In specific numbers, iPad generated (PDF) $7,084 million in revenue in the first quarter of 2017, down 22 percent compared to last year.

The importance of search engine optimization (SEO) to boost online business cannot be stressed enough. But according to one source, a large percentage of small businesses still don’t know what SEO even means. According to a new study by Weebly, a DIY website building company, about 45 percent of small businesses aren’t sure what SEO means.

Businesses are feeling more positive about 2017 than the general public. That’s according to a new survey by New York Life. According to the study, 60 percent of small business owners are optimistic about their financial expectations for their business in 2017. In comparison, just 43 percent of Americans age 30 and over say they feel positive about their personal finances.

Gold, silver and bronze are actually going green in 2020. That’s right — at the next Summer Olympic Games in Tokyo, the winners’ medals should be made entirely of recycled materials.

New York state just approved the construction of the largest offshore wind farm in the country. The 90-megawatt farm will be home to 15 wind turbines, which are capable of powering about 50,000 average homes. The farm is being built about 30 miles east of the Long Island coast, so it won’t be visible from the shoreline.

Starbucks (NASDAQ:SBUX) is once again the focus of President Donald Trump’s supporters after its CEO Howard Schultz announced on Sunday the chain will hire thousands of refugees and displaced immigrants both in the U.S. and around the globe.

If you want a light or healthy meal, there are plenty of restaurant options out there. But if you want large, hearty portions, there’s Lumberjacks Restaurant. The company grew during the middle of a recession, but still manages to offer large meals to diners in various locations thanks to its franchise program.

President Donald Trump this week signed an Executive Order (EO) directing federal regulators that for every small-business regulation promulgated, two shall be identified for elimination. Upon signing the order, Trump tweeted on his official account @realDonaldTrump: The American dream is back.

Look What These 25 Regulations Are Doing to Small Businesses

Almost every business has to face some kind of regulations from government agencies in order to do business in the U.S. or elsewhere. Many of those regulations are designed to protect consumers or spur competition. But there can also be some negative effects for businesses even in the most well-intentioned regulations.

In his first hours as president, Donald Trump took aim at the Affordable Care Act, issuing an executive order “minimizing the economic burden” of the law and re-stating a campaign promise to have Obamacare repealed.

They shock, tantalize and — if some people are to be believed — even swing election results. But the rise of fake news in this case seems to be not so much the work of political operatives trying to mold public opinion.

Mark Your Tax Calendars for 2017

As a business owner, you don’t want to miss any tax deadline. Doing so can result in tax penalties, which can be hefty and are not deductible. Here are some key dates (some of which are new this year), as well as strategies you can use to be on time.

Having information about clients and customers is important, but ensuring that private information remains secure might be just as vital to the health of a small business. That’s according to data professionals and others who are marking this year’s Data Privacy Day on January 28.