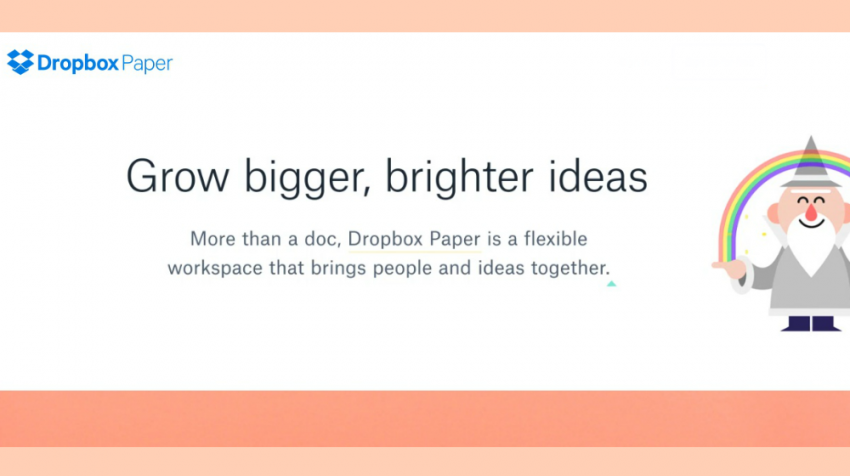 Well, it has finally launched globally.

Paper gives you the opportunity to create, organize and review content. It also enables you to work with multiple file types from Google and Microsoft.

The Dropbox Paper collaboration tool also allows business owners to assign dated tasks to different users in the business. You can organize files into project folders using the SmartSync feature. Users will be able to see the projects folders in your business account, but the folders won’t actually be downloaded until the intended recipients download them.

The SmartSync feature “lets you seamlessly access all your files and folders — whether they’re on your hard drive or in the cloud — right from the desktop,” said Vice President of Product and Design Todd Jackson in an announcement on the official Dropbox Blog. “No need to jump into a web browser, and no need to shuffle files if you have more in the cloud than you can fit on your computer.”

Interestingly, instead of fighting it competitors, Dropbox works nicely with them, allowing you to import, edit and collaborate with file types from Microsoft, Google and others.

“We fully expect Paper to be used in environments where people are using Microsoft and Google products,” Dropbox’s head of product Rob Baesman told The Verge. “That’s the rule, not the exception.” Still, it’s an open question whether Paper is substantive enough to fend off competition. Just last week, competitor Box revealed its own note-taking productivity software that accomplishes many of the same tasks.

Paper is now available for free and in 21 languages for all Dropbox users at dropbox.com/paper. Dropbox also hinted of mobile versions that will be launched “in the coming months.”

Overall, Dropbox Paper gives every business owner the ability to keep their team in order and also collaborate across the globe.