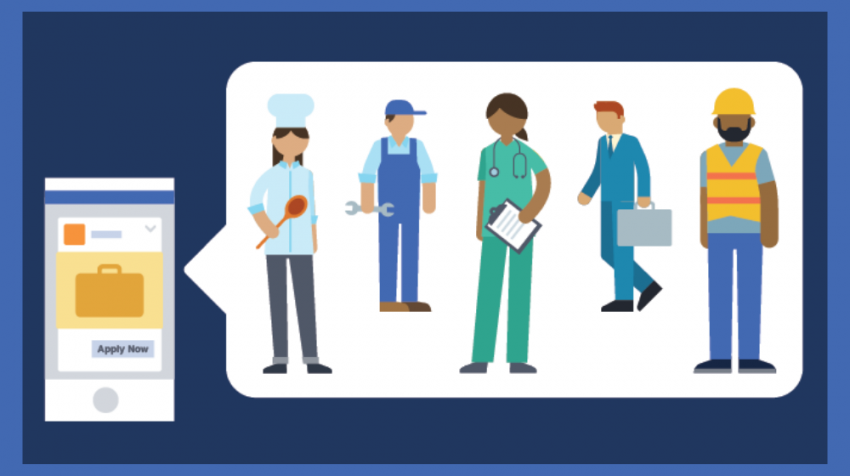 Social networking site Facebook (NASDAQ:FB) has a history of challenging, if not buying out, its competitors, and now it looks like it’s going after LinkedIn.

Starting yesterday, businesses in both the U.S. and Canada could post job listings natively to their Facebook pages or in the new jobs bookmark.

Facebook started testing out the feature last November with a couple of small businesses already reporting success with the platform.

“It was great because it was easy,” said Wendy Grahn, co-owner of the Chicago-based Lakeview Kitchen and Market in an official statement on Facebook. “It took three minutes to fill out the information and put it out there. Then someone saw the post, we talked, and it was done.”

With the new feature, jobs will now show up in potential applicants’ newsfeeds, allowing businesses to reach people that might have not otherwise been aware of the open position. When an applicant clicks the “Apply Now” button, a form with some of the pre-populated info will appear, making the application process as simple as posting the job itself.

Finding the right talent for your business can be daunting with Facebook saying that nearly 40 percent of small businesses in the U.S. report that filling jobs is more difficult than they expected. However, the new feature solves this by making it absolutely easy for businesses to create job posts, track applications and communicate with applicants all from the social media platform.

And while LinkedIn is the leading professional network for recruiting, Facebook’s career tool might catch on quickly as businesses can now post jobs in a place where a highly engaged audience already exists.