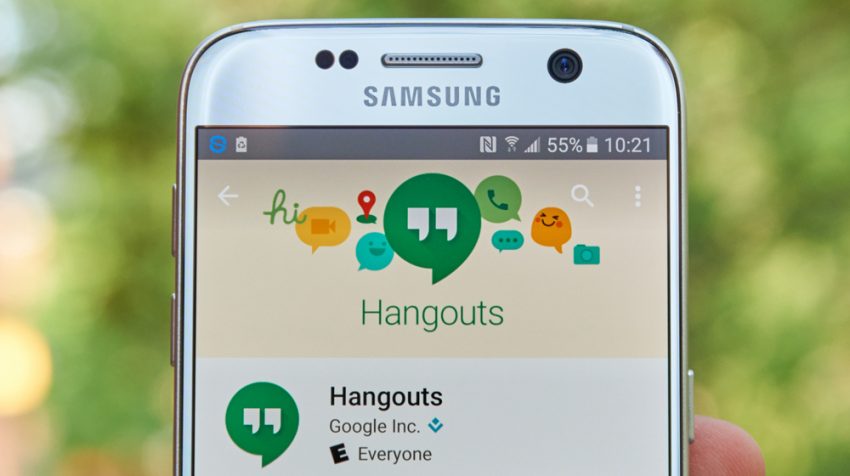 Get this, Google (NASDAQ:GOOGL) has not one, not two, not three but 12 messaging apps. You would think that a tech giant like Google would be interested in developing a single app that does everything for everyone, but that’s not the case. In fact, the tech giant seems focused on improving each app to be the best at what it does, so that users can choose the service that best suits their needs.

Here’s a quick look at how each app works.

Launched by Google on March 11, 2009, Google Voice is the tech giant’s oldest VoIP product. The app includes a free phone number for U.S. users and you can instruct it to ring your cell phone, work or home phone, or all three, whenever someone calls your Voice number. You can also instruct the app to send SMS texts and voicemails to Hangouts.

This is a unified communications service that allows you to initiate and participate in video, voice and text chats, either one-on-one or in a group. Hangouts is built into Gmail and Google+. The mobile app is available for both Android and iOS devices.

This is a phone carrier from Google that works by giving you mobile data service on three mobile networks that your phone will intelligently switch between. It uses WiFi to send texts and to make calls. Unlike traditional carriers that bill you after you use their service, Project Fi is a “prepaid” carrier, which means that you pay upfront for your service in the trailing month. Fi is currently available only to U.S. users who own either Nexus 5X, Nexus 6P, Nexus 6 or Pixel smartphones.

Google Duo is a simple video-calling service that allows you to connect with your customers on both Android and iOS. It is one of the two communication apps launched by Google at the 2016 I/O conference. Its standout feature is Knock Knock, which gives you a preview of who is calling by firing up the camera on the other end of the line.

Inbox by Gmail is an email service that was developed and launched by Google in limited edition on October 2014 and later released to the public in May 2015.

Inbox intelligently bundles similar messages together, allowing you to dismiss all of them with a single click. It also highlights important events such as trips and clusters together hotel and flight information.

One of the most familiar of Google’s messaging options, this is a free, advert supported email service that’s available on the web and also through mobile apps for iOS and Android. Unlike the newbie Inbox, Gmail has an All mail folder, experimental “Labs” add-ons and extensive options in settings that include Blocked Addresses and Filters.

Before the standalone Hangouts app came, you could still place VoIP calls and instant messages from Google+ and Gmail using Chat. The instant messaging service is colloquially known as gchat, gtalk or gmessage, but they are not Google endorsed. Chat remains embedded on Gmail.

Launched in May 2016, Google Allo is a Smart messaging app for iPhone and Android. Allo works for group chats, allows you to send pictures, share fun stickers and so on. Allo is great for talking to the Google Assistant.

Launched in February 2001, Google Groups is 16 years old! The service provides discussion groups for people sharing common interests.  A good number of people still use Groups because they at some point joined a group and that’s where the conversations still takes place.

During its first years, Google+ allowed users to send texts, emails, edit and share photos as well as make video calls. A few years ago, Google changed its all-in-one approach, becoming more like a cross between Facebook and Reddit. The platform’s content is organized by “Collections” that make it easy for you to find relevant content.

This social service by Google is less than a year old. Spaces makes it easier to find and share images, articles and videos without leaving the app as Google Search, Chrome and YouTube come built in.

Messenger from Google is a communications app that helps you to send and receive MMS and SMS messages to any phone. The app has a great interface and supports text, pictures, emoji and GIFs. You can make it your default texting app that people can always text you on. Messenger is only available to Android users.