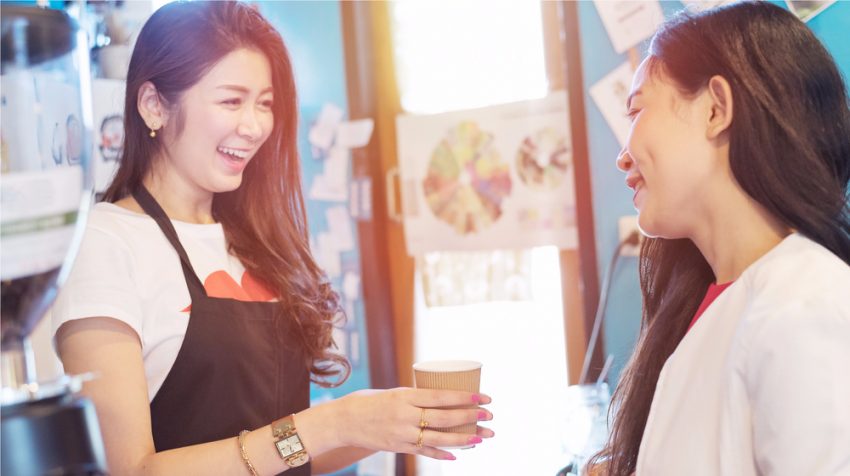 Attracting and retaining retail employees can be a challenge for a business. However, it doesn’t have to be. In fact, a new study (PDF) reports that retail is the most desired position among hourly workers seeking jobs. Here’s a closer look at what the survey found and what it means for your retail business.

How to Attract Hourly Employees

The hourly workers in the survey are mostly under 35, with more than one-third in the 18-to-24 age range. More than 60 percent are women. Retail is the most-desired industry for hourly workers: Almost one-third (32.8 percent) would like a job in retail.

Hourly workers’ top considerations when looking for a job are:

Hourly workers are almost evenly split — about half expect to be in their jobs three years or less, and about half see their jobs as the beginning of a career path or a position they hope to have for a long time. As a result, they are motivated by a wide range of factors. Here are the most important:

1. Flexible shifts: One-third of hourly workers are pursuing other interests, such as school, in addition to holding down their jobs. When you offer flexible shifts, it’s easier for workers to fit in their outside commitments, and they’ll be more loyal to your store.

2. Competitive wages: Hourly workers prioritize wages when looking for jobs. However, almost 20 percent of those in the survey make less than eight dollars per hour. Hourly workers aren’t demanding a lot: The majority feel $10 to $11 is a fair hourly wage. Offering even a small premium over what competitors pay can give you an advantage. If you can’t afford to increase wages permanently, consider options such as bonus programs or commission plans that can help motivate workers to earn more.

3. Convenient location: Location is key for hourly workers seeking jobs. They want to be close to home or public transportation so driving or taking the bus or train isn’t a hassle. Promote your open positions in local venues such as high school and college career centers, job boards and local newspapers’ online job listings. Use local keywords such as your neighborhood when placing online ads.

4. Freedom of clothes: Being able to wear what they want to work is important for nearly one-third of hourly workers. To create a consistent look for your store without restricting employees to uniforms, set basic rules such as the style and color of clothing to be worn, then give workers the freedom to choose what they want to wear within those boundaries.

5. Purchasing power: When asked about their favorite workplace perks, almost 20 percent of hourly employees cite store discounts. More than one-third say they would like a monthly voucher good for products from the workplace.

6. Enough hours: More than half of those surveyed say they want to work at least 36 hours a week; the majority are willing to work multiple jobs if necessary to get those hours. Wouldn’t you rather have your retail employees devoting all their time to your store, instead of splitting their loyalties with another employer?

How Can You Get Applications?

Now that you know what retail workers want from their jobs, how do you get the best workers to apply for your jobs?

7. Think mobile. A mobile-friendly application process will give you an edge, the report says. More than seven in 10 respondents used mobile apps to find their current jobs; 70 percent used desktops. Fewer than half used a paper application or walking into an employer location (although that may vary for small, local retailers). The majority of hourly workers are Millennials or younger — and 90 percent of Millennials in the survey use their phones to apply for jobs (some have never even filled out a paper application in their lives). To get the best results, post your open jobs on websites that have mobile apps.

8. Be responsive. Hourly workers’ biggest complaint about the job hunt is sending applications into a “black hole.” Make it a point to respond to every applicant, whether you plan to interview the person or not. It’s especially important to follow up with people you actually interview — not telling them whether they got the job or not is just plain rude.

How do you attract good employees to your retail store?