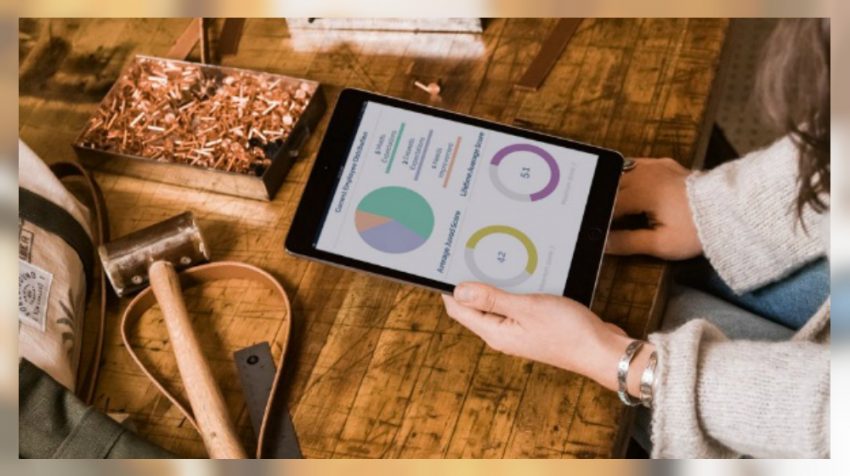 There are countless online tools that you can use to grow your business. Quickbooks Online and Google Hangouts are two popular examples. Recently, small businesses that use those tools got some welcome news about new features.

You can read more about those upgrades and more small business headlines below in this week’s Small Business Trends news and information roundup.

QuickBooks Online (aka QBO) was launched in 2001, and it took 15 years to achieve the first million subscriptions. Fortunately the next 500k took the company only one year. Intuit is doing something right, and one of those things is regular updates and upgrades to the platform.

Google is adapting the Hangouts messenger service to make it more suitable for business users. The tech giant has introduced a number of improvements with its latest update, including how users create group chats using the Google Chrome extension, Hangouts and Gmail.

The online home-sharing network Airbnb is making good its promise to help guests “live there” with its newest product launch — Trips. But more importantly, the new platform offers opportunities for building travel related businesses in the gig economy with a variety of new services. “Until now, Airbnb has been about homes,” Airbnb CEO Brian Chesky said in a press release.

Linda McMahon, the wrestling business entrepreneur turned billionaire, was confirmed today as the new Administrator of the U.S. Small Business Administration.  She will become part of President Trump’s cabinet. McMahon’s confirmation passed by a vote of 81 to 19 in the U.S. Senate.

Small Businesses May Have to Wait on Obamacare Repeal

Throughout his presidential campaign, Donald Trump repeatedly promised to implement a rapid repeal of the Affordable Care Act on his first day in the Oval Office.

The Etsy (NASDAQ:ETSY) marketplace brings together millions of people from around the world who share the love for handmade items, vintage goods and craft supplies. Whether you are buying or selling, Etsy has created a platform that has continued to improve the experience for both parties since it was founded in 2005.

Verizon Shows Businesses How to Fight Back Against the Competition (Watch)

Verizon is fighting back against the competition — hard. The company just unveiled a new plan that it calls “Verizon Unlimited.” It includes — you guessed it — unlimited data, talk and text. The plan costs $80 per month for a single user and then $45 per month for additional users within a family plan.

Cybersecurity is a major concern for businesses of all sizes. And those concerns come to the forefront when big businesses experience data breaches. The latest victim of this cybersecurity threat is Arby’s. The fast food chain says that the breach affected some of the company’s 1,000 corporate locations but no franchises.

Spotlight: 1000 Degrees Neapolitan Pizza Stands Out in a Crowded Market

There’s no shortage of restaurants out there that serve pizza. So for one to really thrive in this crowded market, it has to stand out. 1000 Degrees Neapolitan Pizza is one such restaurant that does so by offering a unique style and ingredients. You can read more about the restaurant and the story behind it in this week’s Small Business Spotlight.

Splacer Aims to Become the Airbnb of Event Spaces

Web-based startup Splacer began with a simple idea. Urban areas are loaded with unique, attractive spaces that are both expensive to own and very often, underutilized. The solution offered by Israeli architect-entrepreneurs Lihi Gerstner and Adi Biran is a new Internet marketplace that enables owners of these spaces to connect with event planners for short-term rentals.

See Also: 10 Things to Know About the New Google Hangouts

When Facebook launched its Lite version in 2015, the goal was to make it more accessible in developing countries where internet connections are not optimal. Fast forward two years, and Facebook Lite has 200 million users — impressive no matter how you look at it.

Ways to Use Instagram Live for Your Small Business

If you’re not using Instagram Live for your small business yet, you’re missing out! Since its debut as a photo-sharing platform, Instagram has improved significantly, going from an unknown startup to a social media behemoth with more than 600 users as of December 2016.

Cloud Adoption Is Up — But so Is Risk

An increasing number of small businesses are migrating to the cloud even as concerns over security persist. That’s according to Intel Security’s second annual cloud security report, “Building Trust in a Cloud Sky.” The report reveals 80 percent of organizations are currently following a “cloud first” strategy.

If you still think we’re centuries away from seeing flying vehicles and driverless cars, then a new initiative in Dubai could soon prove you wrong. The city recently announced that people will be able to get around using unmanned aerial vehicles — otherwise known as drones — as early as this July. Each vehicle can fit one person of up to 220 pounds and a small suitcase.

It is that time of year again when Mobile World Congress (MWC) in Barcelona is a couple of weeks away and the rumors, speculation and leaks start flying in earnest. And when it comes to smartphones at the MWC, it is Samsung’s playground, because Apple doesn’t launch any products there.

Samsung’s Chromebook Pro Gets You Doodling on Your Screen

Chromebooks are as basic as they get, and their utilitarian design doesn’t belie that fact. However, the new Chromebook Pro by Samsung is looking to shed that image, albeit at $549. Granted the price tag is a bit steep, but this is not your garden variety Chromebook. The first noticeable difference is a metal body that will be essential to manipulate the 2-in-1 design.

Alleged Spammer Fails in Suit Against Google for Site Delisting

A federal judge has sided with Google and dismissed a lawsuit filed by e-ventures Worldwide, a search engine optimization (SEO) company that claimed that its sites were wrongly removed from search results.

There is a new generation of Chrome operating system coming, and manufacturers are introducing new devices to take advantage. The Samsung Chromebook Plus is one of them, and at $449 the sticker shock will probably be something to get used to for Chrome users, but the features may win some over — including small business owners.