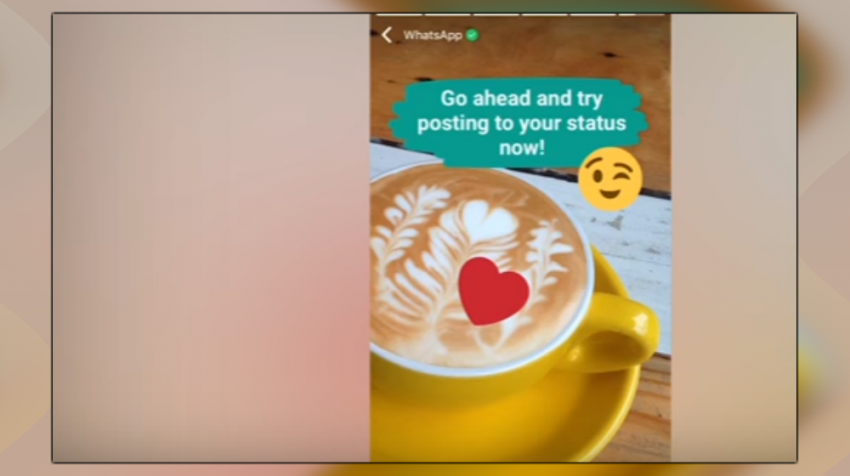 The announcement of Snapchat’s IPO late in 2016 revealed some impressive numbers and growth. Over 2.5 billion Snaps are created by 158 million users each day, and the company’s revenue has increased six fold since 2015.

So for the second time it seems social media leader Facebook has decided to clone one of Snapchat’s key features for another of it’s own platforms — in this case social messaging service WhatsApp.

WhatsApp’s Status feature has been enhanced for Android, iPhone and Windows to use photos, videos, and GIF images to create messages that again bear a striking resemblance to Snapchat’s Stories feature. And according to the company blog, it is the biggest fundamental change to the core features of how people use the app.

The status of users can now be updated, à la Snapchat, throughout the day using short video stories, images and GIFs, which are visible to your contacts, but only for 24 hours. (Does any of this sound familiar?)

Facebook introduced a very similar feature called Instagram Stories last year, so it may seem inevitable that Facebook would again try to borrow Snapchat’s success on another of its channels.

Facebook shelled out $19+ billion for WhatsApp, and the company is taking its time to fully monetize the messaging app. Individuals and businesses use the app regularly, and it had 1.2 billion users as of January 2017.

In August of 2016, Facebook changed privacy policies for both sites allowing businesses to message WhatsApp’s billion-plus users, opening up a potential new revenue stream. The change is designed to let businesses send messages that many people once received only by SMS.

These messages could include everything from alerts on financial statements to delayed flights. Using the app will save companies money and introduce new ways to engage with their customers, while providing Facebook with more monetization opportunities.

While Snapchat can’t compete with WhatsApp on sheer numbers, its level of engagement is much higher and more impressive. But after siphoning off some of Snachat’s features, this may all change. And that will again leave many to ponder if the $20 to $25 billion valuation for Snapchat is realistic.