Cloud Adoption Is Up — But so Is Risk 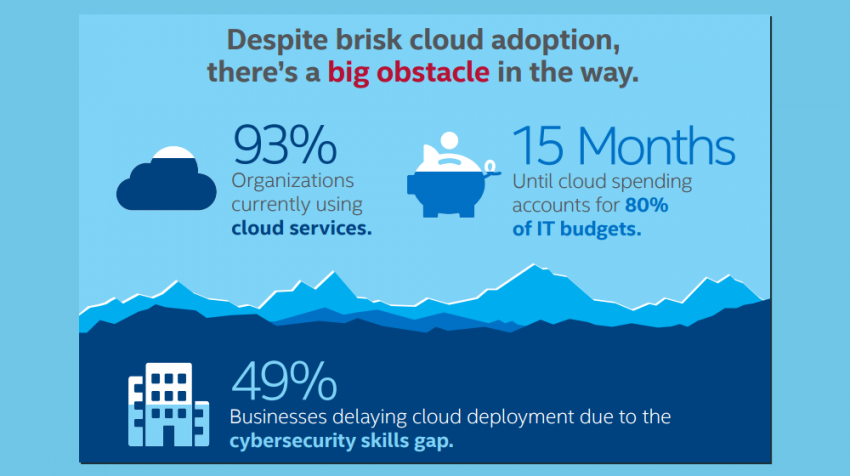 An increasing number of small businesses are migrating to the cloud even as concerns over security persist.

On average, 52 percent of an organization’s data center servers are virtualized, the study finds. Further, most organizations are planning to have the conversion to a fully software-defined data center completed within two years.

“The ‘Cloud First’ strategy is now well and truly ensconced into the architecture of many organizations across the world,” said Raj Samani, EMEA chief technology officer, Intel Security.

“The desire to move quickly toward cloud computing appears to be on the agenda for most organizations. This year, the average time before respondents thought their IT budgets would be 80 percent cloud-based was 15 months, indicating that Cloud First for many companies is progressing and remains the objective.”

That probably explains the growing trust in public cloud services. As the report states, those who trust public clouds now outnumber those don’t by more than 2-to-1.

Although businesses see much value in transitioning to the cloud, cybersecurity presents challenges.

More than half — 52 percent — say they have definitely tracked malware from a cloud application.

For businesses, it makes sense to protect their sensitive data from potential threats. For that, it’s important to have a well-defined information security system in place.

For the report, Intel Security surveyed over 2,000 IT professionals located in different parts of the world.