Wow! Steadicam Volt Claims to Help You Shoot Hollywood-style with Your Smartphone 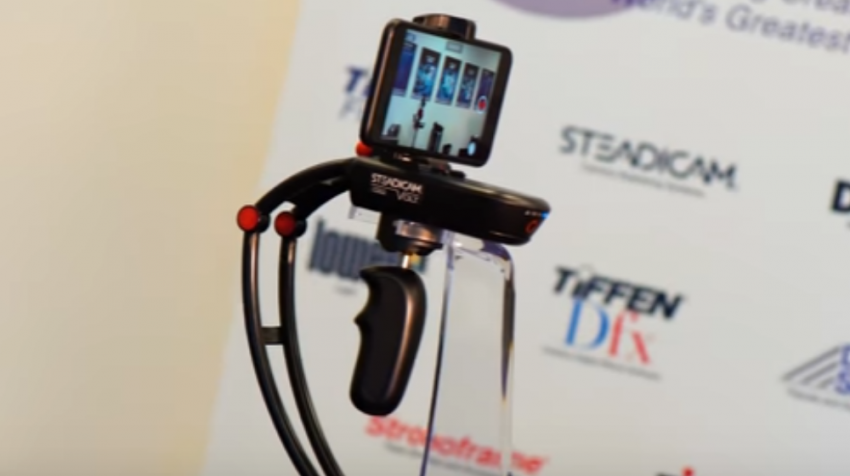 The smartphone has become a versatile technology allowing small business owners to work from anywhere and network and market effortlessly while on the go. With the Steadicam Volt, you will be able to do one more thing with it, start recording or streaming video content with the steadiness of high quality Hollywood style video to use on your website, social media channel or other platforms.

Video has become the medium for today’s digital ecosystem, and the more professional your content looks, the better it is for your brand. As a small business owner, this is not always possible, but the Steadicam Volt is affordable, whether you get it early its new Kickstarter campaign for $139, or at the suggested retail price of $199 in mid-2017.

Made by the same group that introduced Steadicam for Hollywood 40 years ago, the new Steadicam Volt miniaturizes the technology for smartphones.

Making the same type of precision and control available in a small format took some doing, but the Volt delivers some impressive results, according to company stats. With haptic control, the Volt uses simulated inertia on the pan axis to improve how the gimbal handles for more precision and stability. According to Garrett Brown, inventor of the Steadicam, this is an electronically Gyro augmented Steadicam for smartphones that weighs one pound, with the inertia and feel of the 40 pound rigs used in movies.

When you compare the Volt to other 3-axis gimbals, the lag is clearly obvious, owing to the fact that Steadicam uses  software to further steady images .

The patent pending technology of the Volt is highly responsive, with a folding design that is light weight and capable of accommodating phones from 100 – 250g in weight and 58 to 80mm wide. 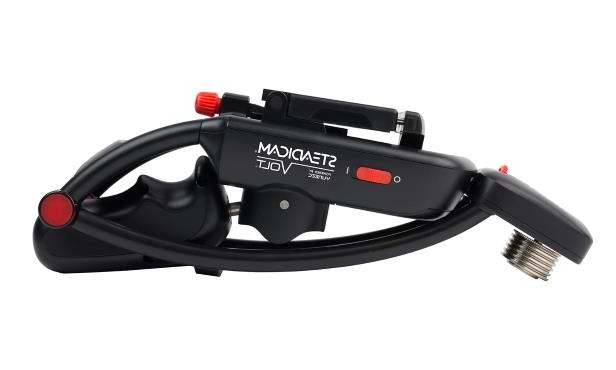 The system comes with Android and iOS app, Bluetooth, dual operating modes for beginners and experienced users, and an eight hour lithium ion battery. And if the battery runs out, there is a manual mode so you can continue filming.