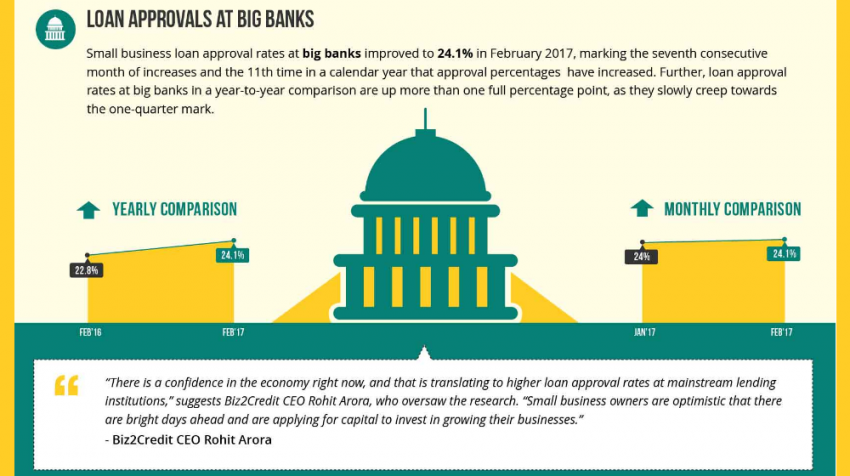 Big banks continue to believe in the potential of small businesses.

The latest Biz2Credit Small Business Lending Index reveals small business loan approval at big banks improved to 24.1 percent in February 2017. This marks the seventh consecutive month of increases and the eleventh time in a calendar year that approval percentages have increased.

According to the index, loan approval rates at big banks in a year-to-year comparison are up more than one full percentage point.

“There is a confidence in the economy right now, and that is translating to higher loan approval rates at mainstream lending institutions,” said Biz2Credit CEO Rohit Arora, who oversaw the research.

“Small business owners are optimistic that there are bright days ahead and are applying for capital to invest in growing their businesses.”

Lending approval rates at small banks, however, dropped for the first time in the last six months. Loan approval rates declined by one-tenth of a percent to 48.8 percent.