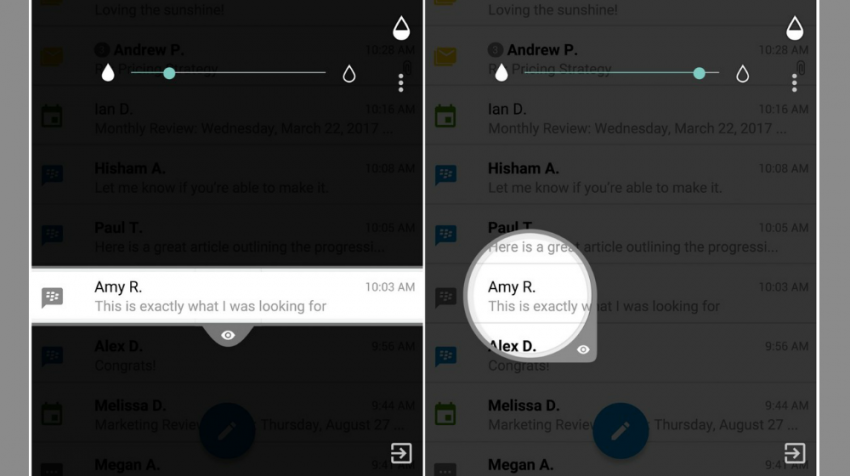 As BlackBerry (NASDAQ:BBRY) fully adopts Android as its operating system, the company is bringing the security features it is renowned for to an OS with a dubious track record when it comes to security. This includes regular updates as well as introducing new apps, which address security and privacy issues. The roll-out of the March security updates come after the introduction of the new KEYone phone at MWC 2017 in Barcelona. This month there is a new app called Privacy Shade, along with additional updates to the existing line of applications.

“Privacy Shade will let you read emails, messages and personal content at any time without worrying about snoopers, even if someone is looking over your shoulder. The app allows you to view private information in public places — like on the train or in a restaurant — by obscuring the parts of the screen that you’re not actively viewing or using, while still allowing you to interact with the obscured parts.”

While worrying about people looking over your shoulder might seem a bit paranoid, visual hacking is a serious problem. It’s one that has led PC, monitor and screen protector manufacturers to come up with solutions to address this issue.

With Privacy Shade, BlackBerry has created an app that prevents anyone around you from easily seeing what is on your screen. The concept is actually quite ingenious. Privacy Shade lets you control the area of the screen you are viewing and block out everything else, while still allowing you to interact with the entire screen.

When you turn the BlackBerry Privacy Shade app on, you adjust the transparency of the shade depending on the lighting condition of where you happen to be. Once you make the adjustment, the app exposes the area you are reading or typing in, leaving everything else dark: 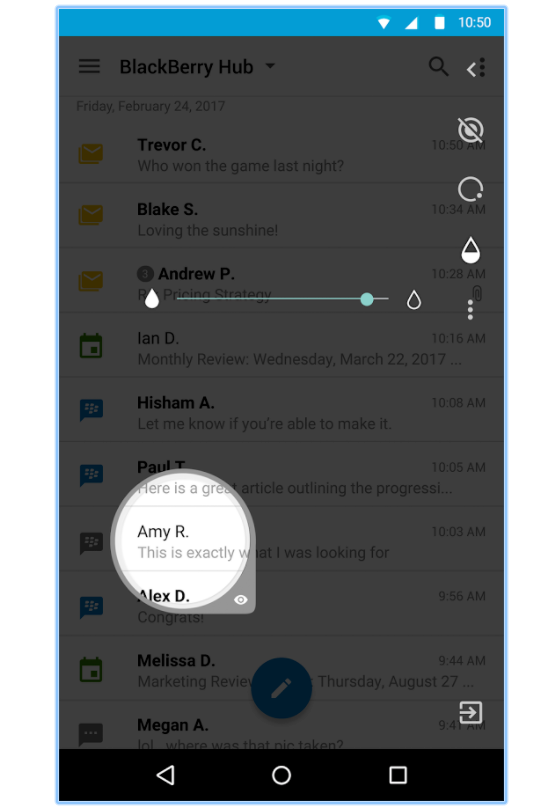 The other updates to Blackberry’s Android operating system include a new version of BlackBerry Hub that adds dual-SIM support for BlackBerry smartphones, as well as new features for Kik and Telegram, Android Wear Notifications, Contacts, and DTEK.

Kik and Telegram are popular messaging services for mobile devices, and with the update, users can enable auto cc: or bcc: when sending a message. And according to Clewley, the settings can be applied to individual accounts.

Another feature has been added finding and linking duplicate contacts to get rid of the clutter.

As for DTEK, BlackBerry’s security monitoring app, users will receive a notification if an OS Integrity issue has been detected.