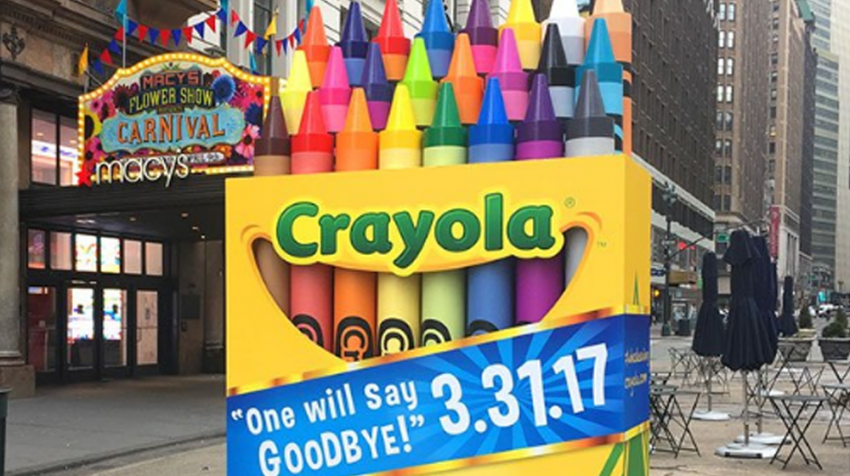 If you think there’s not a whole lot a beloved old brand that’s been around for decades can do to create buzz online, Crayola just proved you wrong.

The company recently announced that it will retire one of its iconic crayon colors, creating a storm of tweets and other social media posts from customers sharing thoughts on what color might be getting the boot.

Anybody else get nostalgic when they smell a fresh box of crayons? #ShareYourFave before one says goodbye! pic.twitter.com/wuueB2boUC

.@Crayola. Whatever you do, please don’t retire my childhood-favourite #bluegreen! The #Crayola rainbow won’t be the same. #WhosLeaving pic.twitter.com/ctaDjWOMxx

We find out which one will say goodbye in about 22 hours. #WhosLeaving pic.twitter.com/ewkXp66Hya

Crayola plans to make the actual announcement in a livestream on Facebook this Friday, which happens to also be National Crayon Day.

For small businesses that aren’t quite as well known around the country as Crayola, there’s still a lesson to be learned here. Previewing or teasing a new promotion or announcement can be a great way to get people talking and create some real engagement with your online audience.