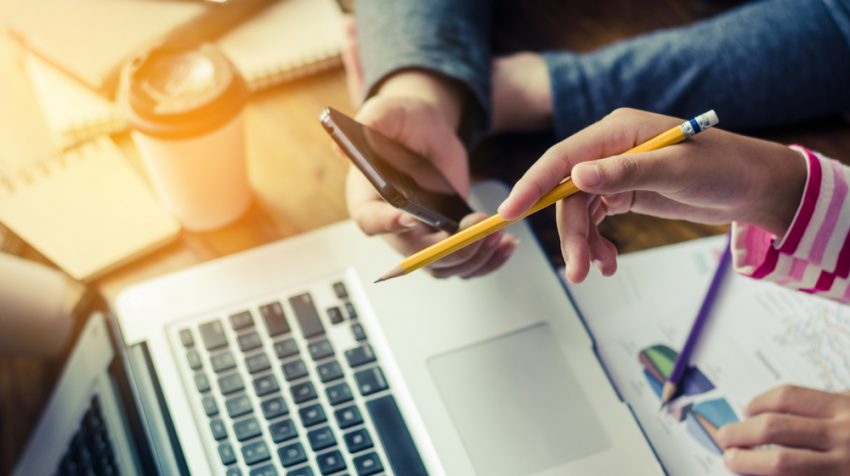 We are now nearing the end of Q1 for 2017, and it’s safe to say that numerous advancements have occurred within the digital media world, both good and bad. The accelerated prominence of video has continued, and the mobile phone is still continuing to dominate our lives.

Anyway, it’s a new year which means we can start to develop new digital marketing strategies to propel brands forward in the coming months.

Below are the top 10 trends that will define this year in digital marketing, according to Sean Mulrooney, CEO of NW3 Media:

Last year was a big one for mobile, and there’s no doubt that we will see the same in 2017. In fact, Zenith predicts that in 2017, mobile advertising will finally reach the critical inflection point and surpass that of desktop.

The prevalence of handheld devices and the fact that desktop traffic is passing into oblivion clearly indicates that mobile is, in fact, the future. If you are not catering your content, ads, and website towards mobile users, then you are missing out on a massive opportunity. Don’t make a few technical tweaks here and there, but honestly examine your online experience to ensure that it’s integrated with a user’s lifestyle that is “on-the-go.”

Business Insider reports that spending on native advertising reached $7.9 billion in 2016, with projections skyrocketing to $21 billion in 2018, and expected to expand across numerous platforms. Digital savvy consumers are now wary of extremely overt advertising, and the increased ability to skip ads or remove banners on browsers means that a more integrated ad experience is more likely to reach its target audience. If it’s done well, native advertising is unobtrusive and seamlessly integrated into the regular content on a platform, providing value to the audience in addition to reaching them with your advertising.

If you’ve checked in on any of the popular social media sites lately, you’ll notice that most are dominated by video content. Facebook Live, Snapchat stories, not to mention the already ubiquitous videos shared on Twitter and Youtube. (Video is quickly on its way to becoming the king of content.) Fail to incorporate video content in your advertising, and you may be left in the dust.

The trend goes hand in hand with the growth of mobile. Invodo reports that video viewership on mobile surpassed that of desktop since Q4 of 2015. What makes YouTube such an advertising powerhouse is its ability to reach the Millennial audience, with YouTube reaching more 18-49 years olds during primetime than the top 10 TV shows combined.

Remember those classic magazine quizzes like “What Lipstick Color Are You” or “What Superhero Are You Most Like?” They are here in the digital space too, and they can also be leveraged for their advertising potential.

Content that users interact with leaves a greater impression than those they only read. It takes the audience from a passive to an active role. Interactive content in ads or on the advertiser’s site, from quizzes, polls and infographics is essential in an age when mere visual and written ads are likely to be lost in a sea of content.

Consumers are now constantly bombarded with ads every day. This dilutes the effect of most advertising campaigns. Yankelovich President Jay Walker-Smith says the average user is now exposed to over 5,000 ads per day, making it difficult to capture the attention of a distracted audience.

In order to cut through the clog, advertisers must hone in on exactly what specific consumers care about — in other words, personalize the ad experience. Fortunately, with increasing data and the ability to track consumer habits, interests and activity, advertisers have the capacity to segment ads to target specific types of users. While it may mean a bit more work initially, the benefits are certainly worth it.

Influencers are like word of mouth on steroids. Few tactics are more effective in the digital advertising age than having a well-followed influencer touting your product. Trust is built in, and reach is instant across multiple platforms.

Influencer advertising is on the rise because people tend to trust recommendations from their favorite social media personality much more than any traditional campaign telling them a product is great. Influencers have a vested interest in maintaining a halo of honesty, which then transfers to their recommendations. With the right influencer partners, advertisers can build rapid followings in little time.

Chatbots have come a long way since the days of Microsoft Clippy.

Google’s Allo was launched in September 2016 and hailed as “the most significant chatbot messaging platform ever” with its ability to read and interpret messages, while recommending appropriate responses in turn. Advertisers quickly jumped on the trend, providing the ease of hands-free, voice-activated and concierge-like service right in the consumer’s home.

Chatbots allow for real-time, 24-hour engagement with customers. AIs provide a personalized experience for customers, without the actual need for a person for every customer. A personal sales associate for anyone that wants to chat is the type of positive consumer experience of many companies’ fever dreams; chatbots are making that happen, with AI and big data providing update and market strategy in real-time that will improve the advertising potential the more chatbots are used.

Live video is the new “it girl” to the scene, made evident by Snapchat’s meteoric rise. When Facebook announced Live, the company was so confident in the potential of this content distribution channel that it made multi-million dollar deals with publishers like Buzzfeed to keep the content coming in. The deal is working out wonderfully for all parties. Facebook reported that users watched live videos three times longer that those that weren’t live.

Following in the tradition of vlogs and popular reaction videos, the content is more spontaneous, more intimate and able to visually and emotionally reach viewers immediately, creating a more impactful experience that advertisers continually strive for.

It’s no longer viable to invest in advertising and content if you don’t pay attention to the data and metrics that go with it. Not only can it be used to determine the success or failure of a campaign, but it also gives valuable insight into the minds of customers. This can help advertisers continually perfect and correct what they are putting out.

Every major platform — from email to Facebook, Google and Instagram — provides metrics and data to advertisers. More content interaction means more ways to source data, and cloud storage and machine learning provide a more accurate and faster way to process this data than ever before. Ignore these assets, and your ads will be left in the dust.

More than 400 million mobile web users and 200 million desktop web users are using ad-blocking technology to restrict the banner ads displayed on their devices. However, marketers should stop worrying about it. Yes, you read right, stop worrying about it. It’s a reality, and as frustrating as it is, ad blocking is here to stay. There will be a constant cat and mouse game between advertisers and platforms against developers of ad blockers.

It is better for advertisers to focus their energy on diversifying their media and seeking outlets like native advertising and useful content embedded with advertising that circumvents ad blockers. Traditional online advertising is not well received by consumers, blocked or not, so advertisers should focus on creating content consumers want to see, rather than content they consider to be a nuisance.

Growing your business isn’t easy, is it? Increasing your influence and earning more customers is a challenge every company deals with. The key to your marketing success is staying on top of the trends. The last thing that you want is to be left behind. Pay close attention to the development of the trends listed in this article, and you will stay ahead of your competition.