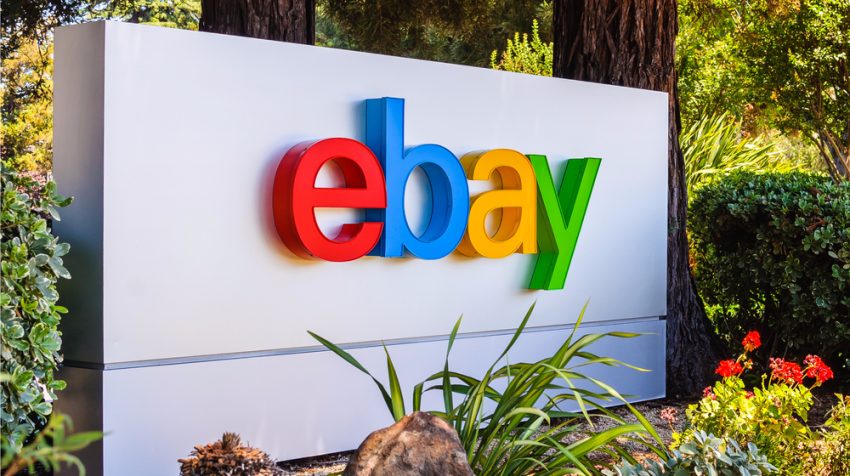 For online shoppers, the ability to get their orders quickly can be a big factor in their buying decisions. Companies like Amazon have managed to set themselves apart with 2-day shipping. Now, eBay is looking to carve out its own niche with a new guaranteed expedited delivery option.

In addition, QuickBooks introduced a new tool that could help businesses better manage inventory. You can learn about these updates and more below in Small Business Trends’ weekly news and information roundup.

Your customers want what you’re selling right away. And eBay (NASDAQ:EBAY) is the latest ecommerce site to offer its shoppers an expedited delivery option. The site recently announced that it’s rolling out the Guaranteed Delivery Program this summer. The goal is to offer millions of products that will be delivered to buyers in 3 days or less.

QuickBooks (NASDAQ: INTU) recently introduced a new inventory “Reorder Point” feature that lets businesses set a minimum quantity of a product for sale to keep on hand. If you are a small business that handles inventory, the new QuickBooks Reorder Points feature is designed to help you know when your inventory is running low and remind you to reorder items.

After failure by the U.S. House of Representatives to pass a bill that could repeal and replace the Affordable Care Act Friday, Vice President Mike Pence and SBA Administrator Linda McMahon made a stop in West Virginia to reassure small business owners and listen to their concerns.

Healthcare reform is an important issue for small business. That seems unlikely right now, but just as important, according to recent data from BizBuySell, is tax reform. In a recent poll of 700 small business owners and prospective buyers, healthcare and tax reform were the top two issues mentioned for President Donald Trump to address.

Consumers are becoming increasingly interested in healthy and natural food options. And that interest in health food has opened up new opportunities for businesses like the Rush Bowls franchise. Rush Bowls offers unique menu items that consist of blended fruit and other healthy ingredients.

Business Travelers Beware, No Using Laptops on Flights from These 10 Airports

International business air travelers will be forced to comply with yet another travel ban that now prohibits the use of laptops and tablets on commercial flights to the United States.

If you haven’t taken adequate steps to protect your business from burglary or theft, now is the right time to rethink your strategy. According to new data by Chicago-based insurance agency Insureon, 8.8 percent of small businesses suffered a burglary of theft in 2016.

Pinterest wants to recruit small business advertisers. The social media platform and visual search engine just launched Pinterest Propel, a program that provides special services to new advertisers that don’t quite understand how the site works. It includes free one-on-one support for 30 days to advertisers that meet its criteria.

If you haven’t changed any of your company’s policies in a while, it might be time to revisit them. United Airlines (NYSE:UAL) just learned this lesson the hard way. The airline denied entry on a flight to two girls wearing leggings who were flying using its employee friends and family pass program.

According to a survey carried out by online marketplace for student loan refinancing LendEDU, 58 percent of college students are checking Snapchat (NYSE:SNAP) before Instagram, LinkedIn and Facebook combined.

Facebook (NASDAQ:FB) is taking live streaming to another level as it recently announced that users can now, in addition to smartphones and mobile devices, broadcast live video directly from their laptop or desktop computers.

If you think there’s not a whole lot a beloved old brand that’s been around for decades can do to create buzz online, Crayola just proved you wrong. The company recently announced that it will retire one of its iconic crayon colors, creating a storm of tweets and other social media posts from customers sharing thoughts on what color might be getting the boot.

While you may have been accustomed to watching videos horizontally thanks to the TV and movies, the next video marketing wave is vertical videos. Vertical videos were historically shunned by creative agencies, marketers and video creators because they did not fit the aspect ratio of established moving image forms.

For the many small business owners that are using iCloud, the newest hacker threat to Apple (NASDAQ:AAPL) is a serious issue. The Turkish Crime Family, a syndicate of hackers, is demanding a ransom from Apple, according to reports. The ransom would supposedly buy the safety of thousands of iCloud and Apple email accounts to which hackers have already gained access.