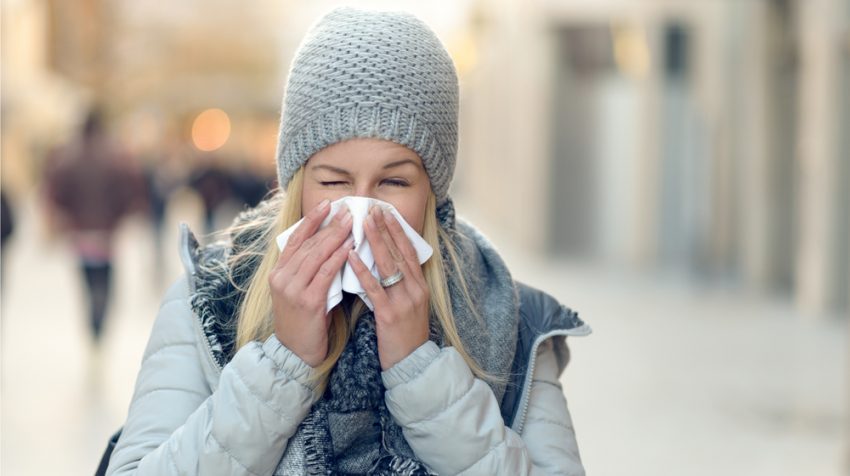 Just as it’s obvious that winter is not over yet, neither is the flu season.

While March is the end of the peak flu season, it’s also a great time for small businesses to get prepared for the next one.

Prepare for the flu season?

Almost half of all small businesses suffered loss of productivity or disruption of operations due to flu, Funding Circle found during a 2016 small business owner survey.

Think about it. When a big company has someone call out sick with the flu, either a simple phone call summons a replacement or they absorb the temporary loss. When someone at a small business with just a handful of employees is laid up with the flu, the ability to compensate becomes trickier.

“Many small businesses rely on a core set of employees to keep things running day-to-day,” Funding Circle communications chief Liz Pollock told Small Business Trends. “So, a spate of missed workdays during flu season, even from just a handful of employees, can have serious implications on the operations, productivity and bottom line of a small business.”

The U.S. Centers for Disease Control and Prevention (CDC) notes that 111 million work days are lost to the flu every year. That includes big businesses, too, of course. The financial impact of the flu each year adds up to about $7 billion, including both lost wages and slowed productivity. Since most businesses in the U.S. are small businesses, their share of those totals is considerable.

That means the flu — almost as much as any other challenge — is one of the biggest pitfalls to avoid for small businesses. Something this impactful is begging for a prevention plan.

Before you go about putting a flu prevention plan in place, understand a little more about the viral infection. This is definitely one viral thing you DON’T want around the office.

There’s no need to identify the symptoms of the flu. When you see one of your co-workers looking a certain way, you know they have the flu. You also know they’re contagious.

A common misconception is that the flu is only a threat certain times in the year. That’s true, to a point. That certain time extends from October until March. In fact, since 1982-83, the peak flu season in the U.S. was identified in March six times. That’s the third most often that a month has been identified as peak during those years.

Check out this graph from the CDC that shows when the flu has been at its fiercest by month over the last 35 years:

The flu is a big problem every season most often in February. December is a particularly difficult month for the flu, too, historically.

If your small business team suffered at all this season on account of the flu, know that there are things you can do to help prevent a flu outbreak at your office or among employees.

During flu season, it’s important to keep spots like the break rooms or restrooms spotless. These are notorious spots for germs. If need be, hire an outside company to come in regularly and clean work spaces.

Set Up a Flu Shot Drive

Organize a drive to have certified healthcare officials conduct flu shot clinics. An ounce of prevention, almost literally. If you can’t offer your team full benefits packages, an event like a clinic could compensate at least partially.

According to Funding Circle, searches on Google for flu shot vaccines peak in September.

Constantly remind your employees of the signs and symptoms of the flu. Encourage healthier eating habits and other common prevention measures that boost immunity. Share healthy habits through emails. Bring in healthy foods for employees.

Pardon the completely unintentional gender bias — but the flu has a good chance of sidelining one or more of your employees in the next 12 months. Depending on the size of your team and their availability, you need to figure out how to keep the company moving until sick employees can return to action. Figure out who does what and when if someone calls out sick.