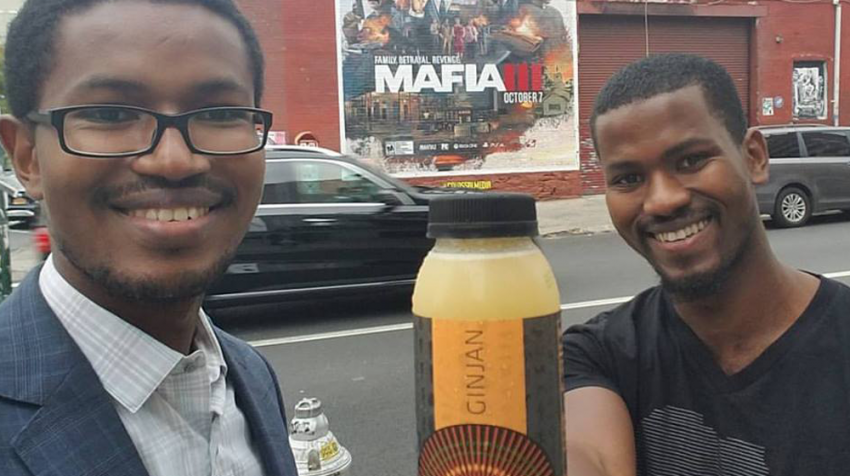 America is the home to ingenuity and small business success. Meet the founders of Ginjan Brothers, LLC, a Harlem-based beverage company that specializes in traditional African beverages. It is a small business that develops, markets and sells a delicious Ginger juice called “GINJAN.”

I was granted a video interview with them recently (embedded below). When asked about winning the grand prize Ibrahim said, “It’s amazing, to be honest with you. Beyond just the actual winning, it’s the messaging that it comes with. The fact that we competed, with so many people in so many industries across the nation, and being selected the Grand Prize winner, it’s quiet humbling, and it feels great.”

Ginjan Brothers also shared the social media Facebook strategy they use to help propel their successful campaign to win the big prize. According to Ibrahim, they created a Facebook page just to put their friends on it so that they could message them directly and ask for their votes. “We did everything from the ground up with a lot of love, of course” Mohammed said.

Through the $25,000 grant and support of FedEx shipping services, Ginjan Brothers are now able to ramp up production to fill their current orders and produce enough inventory to support expanded distribution.

They also contributed a portion of the cash prize to securing organic and GMO-free product certifications. Part of the prize money would also go towards opening new accounts to help the brothers sustain growth.

They also plan to expand their eCommerce business, especially now that they understand the resources FedEx offers to help small businesses with packaging and logistics. What they have walked away with after being a part of the FedEx Small Business Grant Contest has been life changing for these young entrepreneurs.

You could be the next big $25,000 grand prize winner, registration is now open at http://smallbusinessgrant.fedex.com

Watch the FULL interview with the Ginjan Brothers:

John Lawson is the “go to” authority for online selling success in the Digital Age. He is also the author of the bestselling digital marketing book, “Kickass Social Commerce for Epreneurs,” a multiple award winning social commerce strategist, and successful digital entrepreneur.