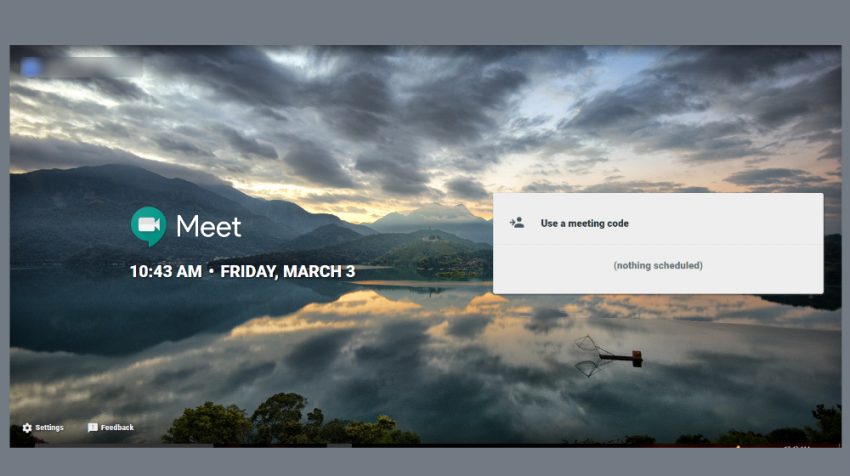 Google (NASDAQ:GOOGL) has quietly launched Meet by Google, a new video conferencing application that is designed for HD video meetings. The application appears to be the latest addition to Google’s lineup of business products known as G Suite. The app’s launch feels like Google’s big strategy to nudge the Hangouts app towards businesses.

Like Hangouts, Google Meet offers group video calls, but with an expanded capacity.

Where Hangouts is limited to 10 people, Meet supports HD video meetings with up to 30 people and allows users to dial into meetings (available only to G Suite Enterprise Edition customers) and to join with a single click. In addition, G Suite users get integration with Calendar and Gmail, which makes it absolutely easy to convert a Hangout conversation into a meeting.

Google has yet to officially unveil Meet though it had last year hinted of a business-friendly version of Hangouts that was in the works.

Currently, you can access Meet on the web and on the iTunes App Store, but it doesn’t look like there is an Android app yet.

Overall, Meet’s arrival comes at a time when Google looks ready to refocus its efforts with regard to Hangouts. The search giant recently killed its Hangouts API and made it clear that consumer apps that use the application won’t work after April 25.

At this juncture, it is still hard to tell whether Google’s new offering will hold against competition from the likes of GoToMeeting and Skype. However, deep integration of Meet with Google’s popular suite of tools might just make it an excellent choice for the millions of businesses already using the search giant’s set of apps.