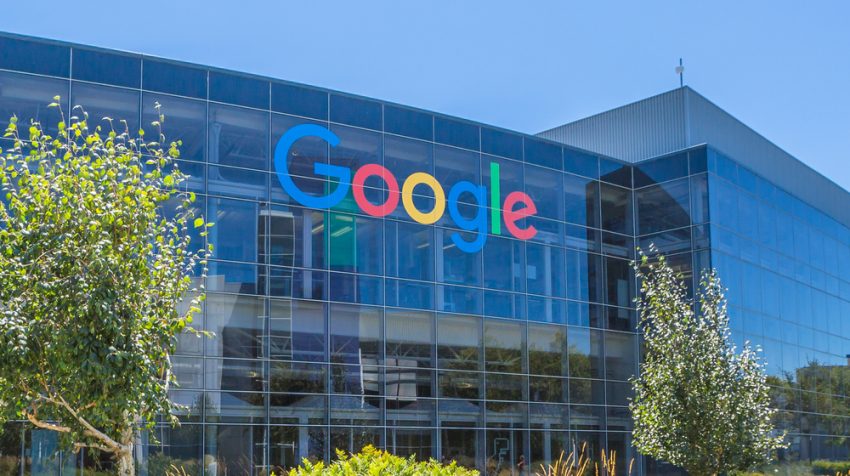 Look to any corner of the internet and you’ll find tools that have potential business applications. And new ones seem to pop up almost daily. This week, new offerings from familiar names Google and SharpSpring announced new offerings that could make certain functions easier for small businesses.

Read about these updates and more below in this week’s Small Business Trends news and information roundup.

Google (NASDAQ:GOOGL) has quietly launched Meet by Google, a new video conferencing application that is designed for HD video meetings. The application appears to be the latest addition to Google’s lineup of business products known as G Suite. The app’s launch feels like Google’s big strategy to nudge the Hangouts app towards businesses.

We live in a global community, and many of the cities are populated by people from virtually every country in the world. And the vast majority of the time small businesses interact with them more than other organizations as customers, employees or neighbors.

One of the oldest web directories on the web, DMOZ aka The Open Directory Project is closing. The site will go offline on March 14, 2017. DMOZ may be one of the most significant directories remaining after Yahoo closed its directory some years ago. A Bit of Background DMOZ was launched in 1998. It powered the directory services of several search engines and web portals.

In the Age of Trump, Workers Fight Back

It used to be that when companies announced they were moving jobs offshore, employees felt they couldn’t do anything. Not anymore. In a world where the President of the United States tweets about saving American jobs and keeping factories in the United States, workers are catching on that they have a potential ally on their side. They are fighting back, using the media.

Small businesses have so far been optimistic about the new Trump presidency. But a new study paints a different picture. According to a new Yahoo (NASDAQ:YHOO) Aabaco small business survey, 52 percent of small business owners feel the Trump administration will have a negative impact on their business.

Small Business Hiring Gen Xers Most in These Cities

The Gen Xers are in their prime (author’s bias noted). Part of the adult workforce for at least 20 years now, those between the ages of 35 and 50 have experience to offer your small business. Though it may not be the specific experience your small business is looking for, they bring a unique skill set.

55 Percent of Companies Intend to Increase Use of Freelancers, UpWork Reports

A majority of companies using freelancers are planning to hire more in 2017. That’s according to a new report released by Upwork, a popular freelancing website. The study, entitled Future Workforce: How Companies Embrace Flexible Teams to Get Work Done, found one-third of companies utilized freelancers in 2016.

A restaurant in southeastern Pennsylvania was closed for about two weeks after four of its employees were detained by U.S. Immigration and Customs Enforcement (ICE) agents. The Aroma Buffet and Grill reopened Wednesday morning with some new employees.

How closely does your business listen to its customers? A well-known candy company could teach all business owners a thing or two about giving customers what they want. Starburst just announced that limited edition bags of “All Pink” Starburst candy will soon be available in stores. The pink flavor has long been considered one of the most popular offered by the company.

Ikea Is Trying to Eliminate its Most Common Customer Complaint (Watch)

Ikea has been listening to all of your complaints about how difficult it is to put together its furniture. And now, it’s making a change. The Swedish company is introducing a new method of building some of its furniture that should make the assembly process a lot less complicated. The method uses something called a wedge dowel.

As more states are legalizing recreational use of marijuana, a California-based company is introducing a new system for coming up with a new set of marijuana classifications to make the product more consumer friendly.

When managing projects for a small business, you need the right system and the right talent in place to get the job done. And the company behind the OneSpace on-demand workforce platform specializes in helping businesses in both of those areas. Through workflow automation software and a network of freelancers, OneSpace can help businesses of all sizes get more done.

Twitch Debuts Pulse: What Is It and What Should Your Small Business Do With It?

Everybody uses social media, but for different reasons. A new survey has attempted to decode the social media preferences of users belonging to different generations. Social Media Usage By Age According to data published by Personal Money Service, Gen Z users (aged 13-19) prefer seeing real people rather than celebrities in their ads.

News headlines blare “Pokemon craze takes over Houston park” and “Pokemon Go Is Influencing Baby Names” and “Bride stunned to discover her wedding venue was a Pokemon Go gym.” With headlines like that daily on your local news, it’s clear that the Pokemon Go mobile game has burrowed its way into American culture.

More of the things we use in business and life are now connected. This makes them much smarter and more efficient, but also susceptible to security vulnerabilities. For small businesses and solopreneurs, keeping track of which equipment is safe or vulnerable can be a task in itself, which is why the Digital Standard launched by Consumer Reports may help in this effort.

Netflix is thinking about creating interactive programming as a way to make its original content stand out from the competition. The popular streaming service recently said that it plans to test interactive TV shows that let viewers make choices about what happens in each episode. Then it will see which choices viewers like the most and which ones are actually doable.

Being the first to accomplish something shows the rest of the world the opportunities and challenges presented by a new frontier. For Virginia, being the first state to legalize delivery robots probably has many small businesses questioning how they are going to capitalize on it, as well as the challenges this technology will bring.

Nintendo’s newest gaming console, the Nintendo Switch, has finally been released. And aside from some issues with orders from Amazon getting out on time, the launch went pretty smoothly. So gamers are finally getting to discover some of the new features of the console, along with the new games that are available. Of course, even the smoothest of launches can come with some issues.

The Xbox Live Creators Program launched at Game Developers Conference 2017 in San Francisco is going to be welcomed by many, but also snubbed by others. This platform is going to allow independent developers to publish Xbox Live-enabled games on Windows 10 PCs and on the Xbox One console.