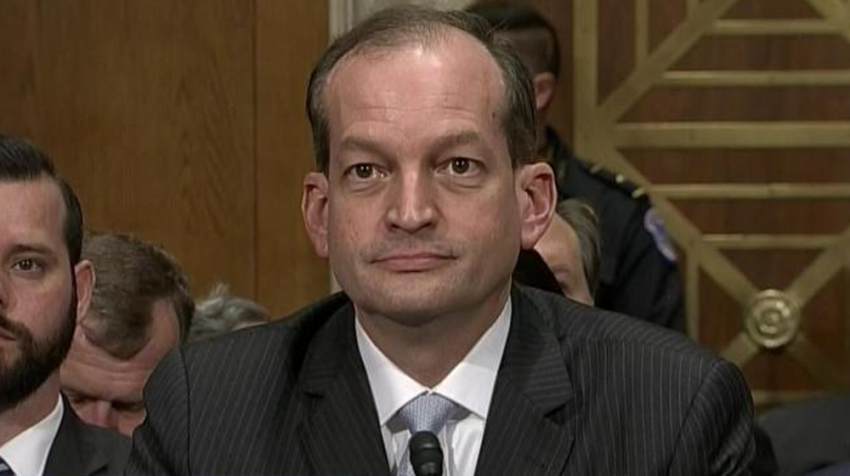 His use of the term “untraditional” is being seen by some small business/franchise advocates as the first shot fired across the bow at the expansion of the joint employer standard that has been the subject of extensive debate in the House and Senate.

Groups like the International Franchise Association (IFA) have long argued the expansion allows for a potentially unlimited liability standard that’s widely applied by labor unions and class action attorneys at the cost of job creation by franchises and other small businesses.

Two rulings were instrumental in setting the precedent.

In 2014, the National Labor Relations Board (NRLB) recommended McDonalds USA LLC be named as a joint employer.

Then in 2015, the NLRB ruled that even an “indirect relationship” between two companies was enough to make them both joint employers and therefore liable for a variety of legal actions like human rights and wrongful dismissal violations and overtime and wage class actions.  This relationship extended to franchisees, temporary employees and franchisors.

The rulings signaled a departure from a more traditional view in labor law. The view suggests only a direct employer is responsible for these issues and opened the door for liability that could cascade upward from franchisees to parent companies.

When Lamar Alexander (R-Tenn.), chairman of the Senate Committee on Health, Education, Labor and Pensions, mentioned the regulation during Acosta’s confirmation hearing, the result sent ripples through the business committee.

Acosta, former member of the National Labor Relations Board and first Hispanic to hold the rank of assistant attorney general in the Justice Department, said the NLRB’s  approach was “untraditional.” The remark has been widely interpreted  to suggest Acosta has a more pro business definition of employer relationships which had existed for decades — before the Obama Administration.

Matt Haller, Senior Vice President of Government Relations and Public Policy for the International Franchising Association, applauds what seems to be a more traditional view by the latest Trump administration appointee.

“Franchise owners around the country are facing a great deal of regulatory uncertainty as a result of the wreckage created by the previous administration’s out-of-control Department of Labor,” he said. ” Acosta’s views regarding joint employer during his hearing is an encouraging first step for small business owners everywhere who have faced perpetual uncertainty due to this new, destructive and contrived joint employer standard.”