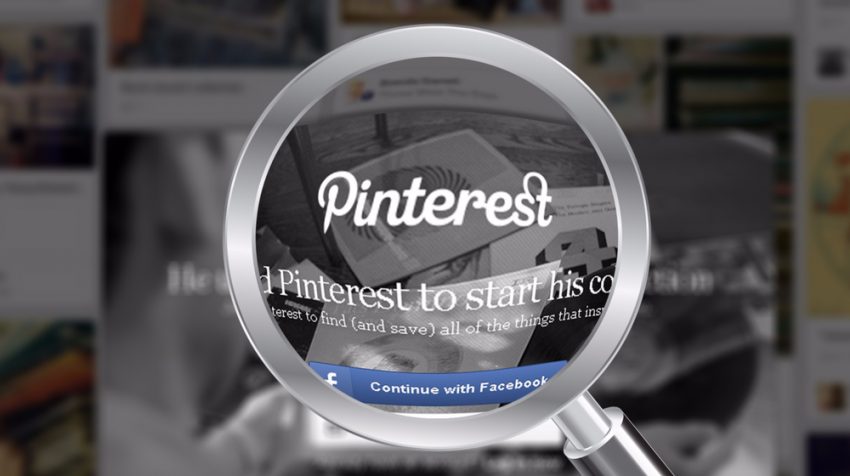 Businesses that use social media tools like Pinterest got a useful new option this week. The visually focused platform added some discovery options for users to perform visual searches.

But not all businesses use tools like Pinterest. In fact, a new study shows that nearly a quarter of businesses don’t use any social media. You can read about these updates and more in this week’s Small Business Trends news and information roundup.

Pinterest has finally launched Lens point-and-shoot discovery tool to everyone on Android and iOS in the U.S. Pinterest Lens is one of three visual discovery features introduced by Pinterest recently. The feature simply allows users to snap a photo or use an existing image on their camera roll to find pins and themes related to the photo.

Sometimes, small businesses are quick to adopt new technology. Other times, they’re slow or hesitant or skeptical or too busy to even know it exists. It’s that way with social media. According to the Clutch 2017 Small Business Social Media Survey, 24 percent of small businesses have zero social media presence. That’s just about one in four small business owners.

When it comes to social media engagement, Instagram is a clear leader. That’s according to a new report by TrackMaven, a marketing software company. The company’s 2017 Digital Marketing Analytics Performance Report found that the average brands in 12 out of 13 analyzed industries saw the highest engagement ratio on Instagram.

Owners of companies providing professional business services ranging from IT to architecture in California now have the option to purchase state-mandated workers’ compensation insurance through Hiscox (LON:HSX). The international and national small business insurer made the announcement of the new option recently.

Running a business is a challenge no matter where you are, but in some states operating a company is relatively easier. According to a new report by Nav, a financial services company for small businesses, examining the average business credit scores in each state might be one way to determine which states have the best atmosphere for business growth.

The legal status of your employees is as important as ever. Some businesses have already seen disruptions when their staff was detained by immigration officials like Immigration and Customs Enforcement (ICE). One tool that’s designed to help employers is E-verify.

Why Your Business Should Be Embracing the Coming Freelancing Revolution

It is a good time to start a business. Not only can you have Fortune 500 infrastructure at a small business price through cloud services, but you also can add staff and specialist expertise on a pay-as-you go model through the rise in popularity of independent contractors. There’s no longer a scale issue.

This Scientific Breakthrough Could Impact Your Business

Air pollution is a growing concern in many metropolitan areas around the world. But while some are working to curb the amount of pollution that gets released into the air going forward, people are already dying due to the current levels. In fact, around 3 million deaths a year are linked to outdoor air pollution.

When starting a business, it’s important to have a specific target market in mind. Some businesses target large groups like millennials or women. But others get even more specific. Take the case of ExpressionMed.

According to the National Restaurant Association (NRA) 7 in 10 restaurants are single-unit operations, with the vast majority of those classified as a small business. For these owners, every new technology or marketing platform that brings in customers is welcomed with open arms, which is how the Waitr app is being received.

Does a Spike in Bottled Water Sales Mean Trouble for Coca-Cola and Pepsi?

U.S. consumers bought more bottled water than soda in 2016 for the first time ever, but Coca-Cola and Pepsi Co. will be fine. Consumption of bottled water reached 39.3 gallons per capita last year, surpassing the 38.5 gallons of soda per capita consumed, according to data from the Beverage Marketing Association.

Marketing a startup isn’t a straightforward process. There are countless different routes that businesses can take to get the word out. So it can be invaluable for those businesses to have some help when they’re starting out. And that’s exactly the type of thing that Startmarke provides.

Big banks continue to believe in the potential of small businesses. The latest Biz2Credit Small Business Lending Index reveals small business loan approval at big banks improved to 24.1 percent in February 2017. This marks the seventh consecutive month of increases and the eleventh time in a calendar year that approval percentages have increased.

After having a successful first season, Gimlet Creative and eBay (NASDAQ:EBAY) have returned with season two of Open for Business — a show about building your business from the ground up.  The first season ranked number one among business podcasts on iTunes last June.

10 Things to Know About the New Google Hangouts

To make business collaboration and communication a tad more tolerable, Google (NASDAQ:GOOGL) has finally unveiled its new Hangouts. The tech giant is doubling down on its enterprise focus for Hangouts and its commitment to building communication tools for businesses.

No matter how optimistic creator Gene Roddenberry was when the first episode of Star Trek aired in 1966, he and everyone else involved couldn’t possibly have imagined the incredible success the franchise has had decades hence. And when something is this popular, copyright battles are very likely to follow.

Traffic jams could soon be a thing of the past thanks to some innovative technology and a new partnership. Italdesign just unveiled a new concept that it’s working on with Airbus — yes, the company that manufactures airplanes. But the concept isn’t just a run of the mill flying car, if that’s what you were thinking. It actually consists of a few different components.