What Are Second Screen Stats and What Do They Mean to Your Business? 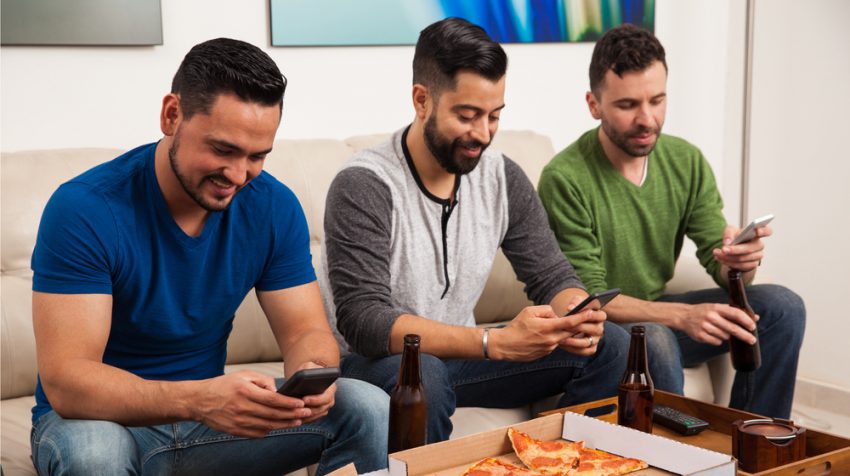 More than 70 percent of adults surf the web on their phones while they watch TV.

They’re looking at sites they see in commercials. And they’re definitely reading and commenting on social media. You can assume they’re also doing other things like looking up actors’ previous roles, sports stats, etc.

This happens so often a term has evolved to describe the people who exhibit this behavior: second screen audiences.

New data from eMarketer indicates that this phenomenon is growing rapidly. Exactly 74.1 percent of adults this year will surf the web on their phone while they watch TV. Data suggests this figure will increase to 79 percent next year.  Just three years ago, just over half of all adults would go on the web on their phones while they watched television.

This increase in second screen use is not limited to smartphones, either. The eMarketer data shows that desktop and laptop use by adults watching TV at the same time continues to go up. The same can be said for tablet use.

What Are People Searching For While Watching TV?

A long time ago there was a push to connect the web and TV directly. Now, however, thanks to the emergence of second screen audiences, they are. Though that connection is more indirect than what might have been originally envisioned.

More people are searching for and talking about the things they see on TV than ever before.

The eMarketer data shows that 31 percent of second screen audiences are browsing the web for content related to what they’re watching. Only back in 2014, that number was just 23 percent.

Nineteen percent of people are using their second screen to have social conversations related to what they’re watching. That’s up 2 percent from 2014.

For brands and companies that take advantage of this phenomenon, it’s really a form of social media newsjacking. That’s where businesses get involved in conversations revolving around current events.

What Your Small Business Can Do to Reach Second Screen Audiences

So, align your social media strategy to talk to this crowd. Think about the shows and events on TV that tend to get people talking.

In entertainment, you know the Twitter and Facebook feeds light up when it’s Oscars night. And in sports, big games like the Super Bowl, March Madness and other championships bring out sports fans and their opinions.

One area where you might want to shy away from is politics, however. There, you risk alienating half your audience with just one post.

Think about the audience that’s most attracted to your business and brand. Find their social media conversations and join in. Reality shows are great examples. They’re often business-based and have loyal followers who like to chat online while they’re watching.

For example, a small restaurant might want to join in the conversation on #TopChef while a boutique clothing store would seek to talk to audiences tweeting about #ProjectRunway.

Guys on Phones Photo via Shutterstock