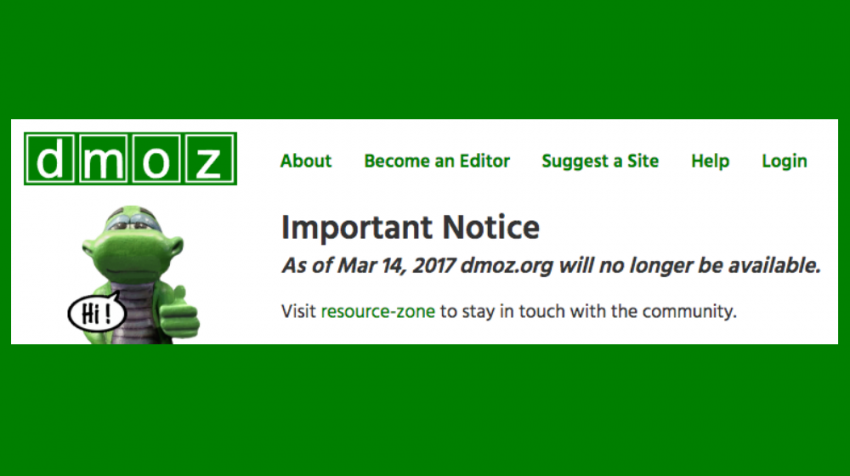 One of the oldest web directories on the web, DMOZ aka The Open Directory Project is closing.

DMOZ may be one of the most significant directories remaining after Yahoo closed its directory some years ago.

A Bit of Background

DMOZ was launched in 1998. It powered the directory services of several search engines and web portals.

Maintained by a community of volunteer editors, DMOZ, is owned by AOL. The site underwent a redesign less than a year ago.

In the pre-Google era, open directories like DMOZ were the most trusted sources of information for web users. And for web based businesses they were still important for promoting a website.

Why The Open Directory Project is Closing

Once Google entered the market, things however took a different turn. Instead of relying on human editors, users started preferring Google’s search results that were generated by automation.

DMOZ was infrequently updated and poorly maintained, which also resulted in its gradual downfall.

At the peak of its popularity, DMOZ was preferred because it had an impact on search engine rankings. Over a period of time, web directories’ overall impact on SEO and rankings began to be questioned.

This eventually led to a further decline in the popularity of web directories.

On social media, web users had mixed reactions to the news.

Some welcomed the decision, while some reminisced about a time before Google changed everything.

Well it was kind of a closed directory so good thing they take it down! Let's see how serps will change 😉 #dmoz #SEO https://t.co/ppaP583U0X

The end of an era for us #SEO peeps – #DMOZ is closing down. Getting an A from them was like getting a link from BBC. All change

Most seem to agree this is the end of an era.