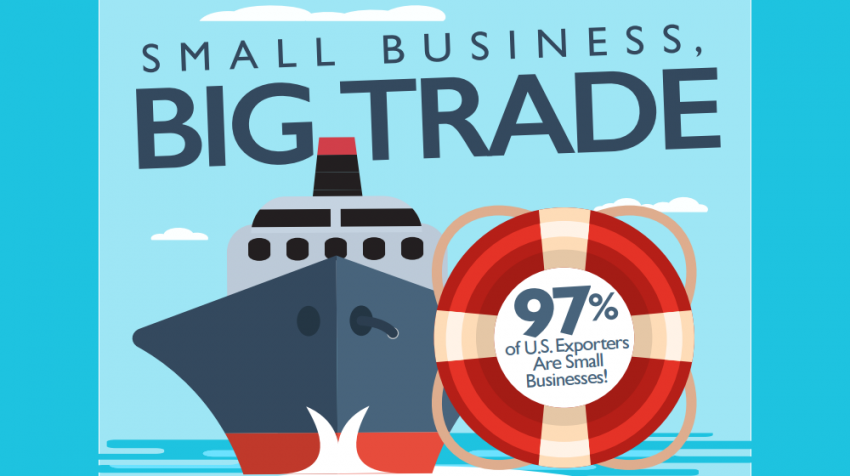 An astonishing 97 percent of all U.S. companies that export products are actually small businesses.

That’s according to new research by SCORE, a nonprofit association for small businesses.

Data gathered by SCORE reveals U.S. companies that export grow faster and are nearly 8.5 percent less likely to go out of business than non-exporting ones.

And that’s not the only reason to consider international trade. About 26 percent of companies that trade internationally significantly outperform their market.

Despite the obvious benefits of trading internationally, less than one percent of America’s 30 million companies export. That’s probably because they have a few concerns. Data reveals thirty-nine percent say their goods are not exportable and 37 percent don’t know how to start.

A large number of small businesses (63 percent), however, would like to export their goods and services.

Exporting is Easier Than Most Businesses Think

According to SCORE data, becoming an exporter is easier than most businesses might think.

Forty-eight percent of businesses say it took them just a few months before they started exporting. In other words, there’s no reason for small businesses to not consider exporting, especially when the benefits are there for the taking.

For more insights, check out the infographic below.