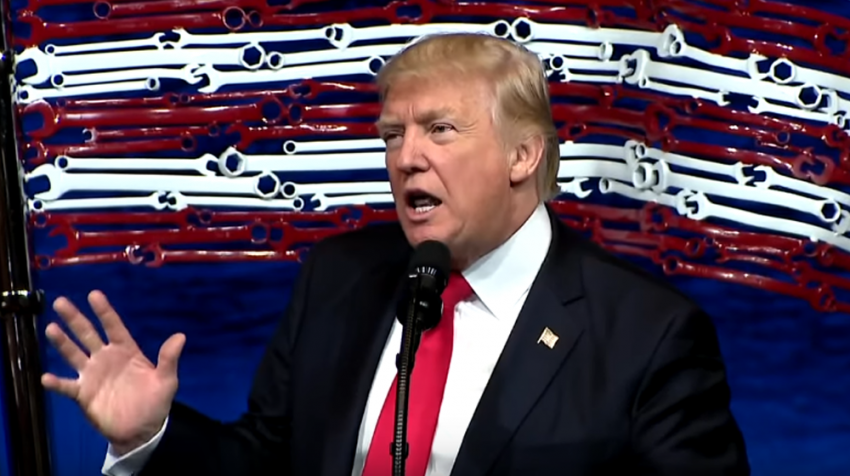 President Donald Trump just signed an executive order that could potentially have an impact on small businesses — but not necessarily right away.

First, the order targets the H-1B Visa program, which allows American companies to bring in foreign workers with highly specialized knowledge. Some have suggested that companies abuse the privilege and simply hire foreign workers to save money and drive down wages for American workers. But currently, all the order does is ask for several leaders to suggest potential reforms for the program. So actual changes are unlikely to be implemented right away.

Then, the order asks the Secretary of Commerce and trade representatives to evaluate free trade agreements, including NAFTA — of which Trump was critical during the 2016 Presidential campaign. But again, this just means there’s going to be an evaluation process, not necessarily major changes for now.

The order also calls for more federal construction projects to use American-made products. The Secretary of Commerce will be tasked with streamlining the existing rules. And the Trump administration says that federal agencies will conduct top-to-bottom assessments to close loopholes and find more ways to integrate American-made products.

But for small businesses, federal contracting programs already struggle to meet their goals of supporting small contractors or suppliers. So any changes are unlikely to have a major impact on small businesses right away.

Whether you’re for or against the new executive order, there isn’t much that is likely to change in the short term. But people on both sides have already begun sharing their commentary on the subject.

Trump ?? Finally a President who is sending a message to the world. American workers first??#MAGA pic.twitter.com/geJ8ntLD9T

I’m very excited to see the @POTUS sticking to his campaign promises by signing the “BUY AMERICAN AND HIRE AMERICAN” Executive Order Today!

US Chamber not on board w Trump Buy/Hire American EOs: “It would be a mistake to close the door on hi-skilled workers from around the world”

“Buy American, hire American” is un-American. Americans should be free to trade with, or hire, anyone they choose in their best judgment.