Facebook Takes Another Swipe at Snapchat with Frame and AR Studios 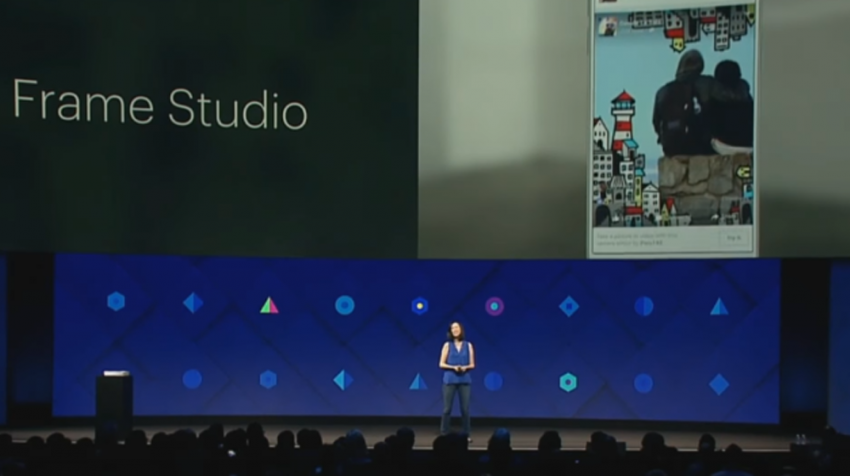 If you’ve used platforms like Snapchat or Instagram Stories, you’re likely already familiar with the concept of adding frames or augmented reality filters to photos or video clips. But now, Facebook (NASDAQ:FB) is putting a new spin on that idea — by putting it in users’ hands.

The new frame and AR studios from Facebook allow developers to come up with their own unique frames or augmented reality filters that they can use or make available to others on the platform.

Business Uses of the New Facebook Frame and AR Studios

For businesses, this technology has many potential uses. Brands are already finding that similar features on Snapchat and Instagram Stories can help their content seem more fun and accessible to followers. And now that developers can create their own masks and added effects for the platform, it gives businesses the potential to create content that’s even more personalized.

For example, if you have a gaming company, you could potentially create masks that resemble some of the game’s characters to promote an upcoming release. Or if you’re a makeup brand, you could create filters intended to show off some new shades.

For artists and developers, the new platform could even present the opportunity for a whole new income stream to work with clients or show off your skills.

Just submitted a Brighton lens in Facebook Frame Studio with artwork by @danmackey87 @11RugbyRoad. Keep an eye out for it in Facebook! #f8 pic.twitter.com/Qqa1jArlGL

Facebook’s Frame Studio for making your own image filters is now open. Who wants an #Omnibang? https://t.co/czzSmNqjyq pic.twitter.com/XOmBA14v1m