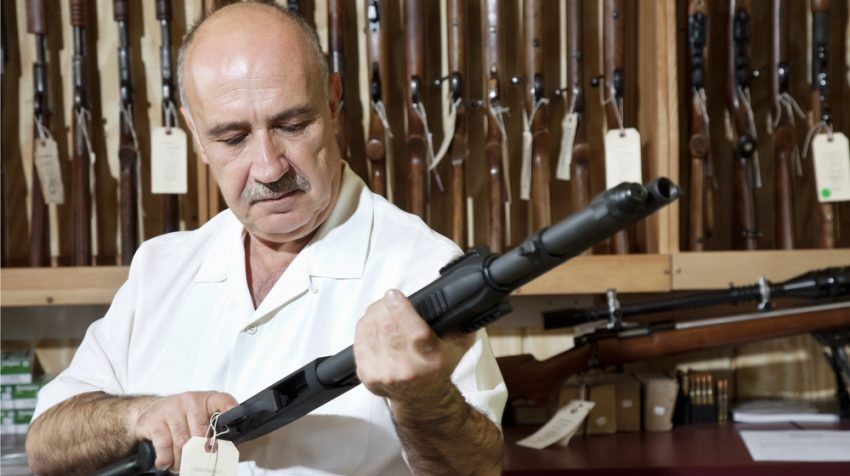 The gun industry may be headed for a slump after eight years of explosive growth under former President Barack Obama.

Gun Sales Down Since Trump Elected

From December through February, the number of federal background checks conducted each month declined from the same month a year ago, according to the Associated Press. While not an exact measure of total firearm sales, background checks are considered a key measure of how gun manufacturers are performing.

One reason for the softening demand, some gun industry experts say, is that potential gun buyers are no longer worried Washington will issue new regulations restricting gun sales.

“President Obama was the best gun salesman the world has ever seen,” Karl Sorken, a production manager at Houston-based Battle Rifle Co., told the AP.

During Obama’s tenure, customers rushed to buy firearms before the administration could follow through on its goal of placing tighter controls on the type and number of guns that could be sold. The gun industry boomed on the surging demand: The number of U.S. companies licensed to make firearms jumped 362 percent over the decade ending in 2015.

Ironically, President Donald Trump’s outspoken support of the Second Amendment and gun manufacturers may actually be contributing to an industry-wide slowdown.

The FBI conducted about 500,000 fewer background checks in December 2016 than it did in 2015, the Washington Post reported. The year-over-year drop off was significant, because the holiday season is normally a busy time for dealers selling guns as Christmas gifts.

Background checks were down in January and February, as well. The 4.3 million checks completed in the first two months of this year were 17 percent fewer than the 5.2 million checks run over the same period in 2016.

“The trends really almost since Election Day or election night have been that gun sales have slacked off,” Robert Spitzer, political science department chairman at State University of New York at Cortland, told the AP. “When you take away Barack Obama and you give the Republicans control of both houses of Congress, which is extremely friendly to the gun lobby, then the political pressure subsides. And that surely is at least a key part of the explanation for the drop-off in sales.”

A silver lining in the negative numbers for gun makers is that background checks remain well above levels seen in the mid-2000s, under the George W. Bush administration. This year’s January-February total was the third-highest on record since the FBI began conducting background checks in 1998, WaPo reported.