Guru Introduces New Feature to Get Paid As You Complete Tasks 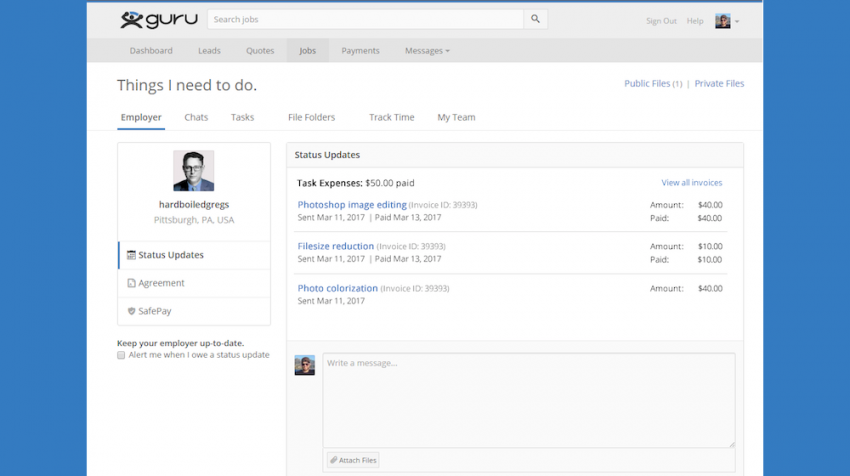 Starting May 2, all freelancers working in the Guru platform will be able to create task-based agreements that will see them get paid once they complete their tasks.

“We already introduced recurring billing to give you greater control over how you get paid,” said Guru’s communications manager Anna Bassham in an official post on the Guru blog. “We also added the ability to duplicate miscellaneous invoices to save you time. And now, we’re thrilled to give you the ability to get paid for tasks as you check them off your list.”

In June last year, the freelance marketplace also dropped their $25 minimum invoice requirement, allowing freelancers to invoice any amount of money. And now, the get paid as you complete feature adds more flexibility to when and how freelancers get paid. This is, of course, a major win for freelancers as they can now work with employers to break bigger tasks into smaller tasks.

Like most freelance websites, Guru posts jobs in categories that range from IT based to finance to writing to customer service.

The platform has recently become more aggressive, introducing a number of new features that could potentially see its membership increase from the current 1.5 million members.