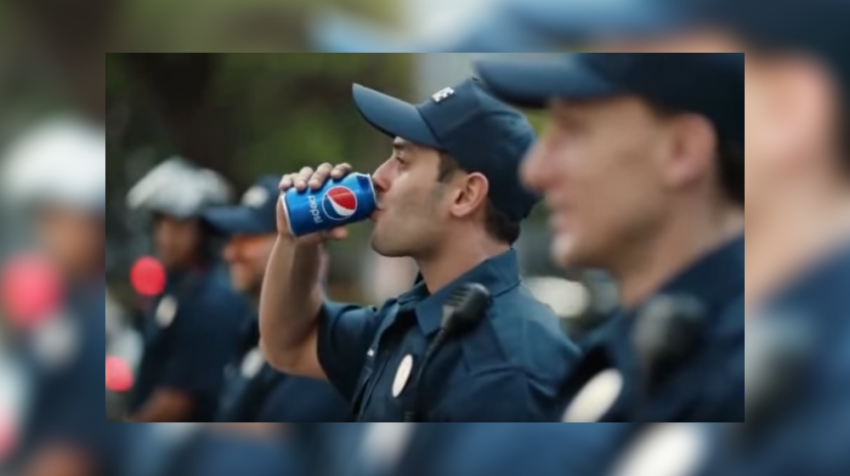 A new ad from Pepsi (NYSE:PEP) featuring model Kendall Jenner has the internet abuzz — and not in a good way.

The video features Jenner joining a street protest over an undefined issue. But many have claimed the company is trying to hijack key social justice movements of the times.

In one of the most talked about scenes, Jenner offers a can of Pepsi to a police officer. And parallels are being made in social media to similar scenes in protests like one in Baton Rouge, Louisiana over the shooting death of Alton Sterling in which lone protesters confronted riot squads.

The reasons Pepsi decided to tread this controversial ground are unclear since for many brands dealing with such controversial topics is a clear no no. If the company was attempting to enter the national conversation  on such topics, it has clearly succeeded — but probably not in the way it had hoped.

Is Pepsi saying conflicts can be resolved with a soda? The ad is getting backlash on a lot of fronts and in other cases has left people very confused.

Critics quickly took to Twitter to call attention to the tone-deafness of the ad.

I’m boycotting all @Pepsi products until they apologize for this blasphemy. Here’s a list of their brands: https://t.co/9Rf91nLVyX pic.twitter.com/HsvUvj27Bl

J. Edgar Hoover takes aim from the grassy knoll. The motorcade approaches. He fires. JFK raises a #Pepsi to his lips, blocks the bullet.

Pepsi has already pulled the official version of the ad but of course, the internet never forgets and versions of the spot are now in wide viral circulation.

This situation, while certainly not ideal for brands of any size, calls attention to the importance of feedback.

Social media provides businesses with a powerful tool for measuring consumer feelings and reactions. If you don’t listen, you could really be missing out and potentially even hurt your brand in the process.

Pepsi likely will have the ability to sustain the backlash they’re getting over this ad. But your small business might not be so lucky. In the first place, think hard before wondering into controversial issues. And be ready to react quickly to any feedback, no matter what message you put out.