Rob Forman of Salesloft: Startups Can Succeed by Providing Simplicity, But Simplicity is Hard to Deliver

Recently I had the pleasure of moderating a panel of startup founders discussing the current state of entrepreneurship during Salesforce’s Small Business Basecamp event in Atlanta. And while the focus of the conversation was on entrepreneurship in Atlanta, the shared themes, experiences and advice offered up is great for anyone with an entrepreneurial dream regardless of where they live.

Below is an edited transcript of the panel discussion. To hear the full conversation see the embedded video above.

Small Business Trends: How about each of you do a brief self-introduction? 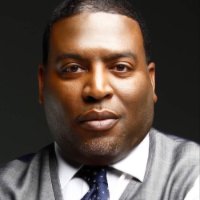 Lloyd Media Group is my company.

Then I started my own company about six years ago.

While we do digital marketing, media and communications for our clients, I am also the marketing PR chair for the Atlanta Black Chamber.

I just love working with clients and look forward to engage in conversation. 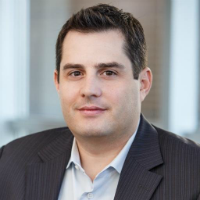 I’m the co-founder and CEO of Springbot, my latest startup.

I took a public in 2005. It was great being a public markets CMO, but I really had that itch to be an entrepreneur again. I went down to Georgia Tech and hung out the ATDC (Advanced Technology Development Center). Was introduced to my co-founder CTO in mid-2012, and started Springbot. What Springbot does is simplify, really complex marketing for E-commerce retailers. If you’re an E-commerce retailer, you’re trying to compete against Amazon, and they’ve got all the cool toys. They’ve got the data scientists, they have the marketing automation, the marketing analytics.

We’re up to about 75 folks now. Raised a Series B round late last year, and just having a lot of fun working with about over about 1,300 retailers now in the platform. 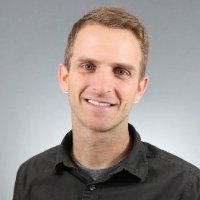 I’m the co-founder and head of technology at Salesloft.

I started programming when I was young. SalesLoft is the easiest way to convert target accounts into customer accounts.

We help inside sales teams increase the quantity and quality of time with their prospects and their customers post conversion.

Small Business Trends: How was starting Springbot in the last couple of years compared to starting some of your other businesses previously?

Brooks Robinson: We’re actually coming up on our official five year anniversary in the middle of this year. Big difference is, you need less capital to start a business today than you did back when we started SeeBeyond. SeeBeyond are still raising around $140,000,000. Right? 10 people, PowerPoint slides. Not much more than that. Two weeks later, the Dot Com Bust happened. I learned a lot about working through adversity, changing business plans. That kind of stuff.

Today there’s so many great technologies. Whether it’s Salesforce, or other tools that you can leverage the cloud as everyone wants to talk about. You don’t need to make big investments in data centers and hardware. It’s so much easier to get a business started.

Small Business Trends: Rob, SalesLoft competes in a very competitive environment. From your perspective, how tough is competition today for a start-up?

Rob Forman: The thing I tell people is that you should be worried when you don’t have competition. Especially the early stage if you’re trying to start something. Many times, I know it was my perspective before I really got into it. Is that you’re afraid somebody else is doing what you’re doing. Or they’re going to. Google is going to do it. Some big bad wolf is going to do it. What you don’t realize at the time is that they know where to move the needle on these really large businesses. They have to do other things.

They’re not going after the customers that you’re probably going after. Number one, competition is fantastic. Number two, competition makes you better and It can create a category or a definition. Sometimes the hardest thing is explaining what your new idea is. Something that didn’t exist, usually didn’t exist for a reason. That can usually be a good sign. It can be good and bad. If there’s competition, then it’s showing that hey, there is something here that’s real pain, which means that there can be real dollars to solve the pain. It means you can build a business in that space.

Small Business Trends: Miguel, you have a little bit of a different challenge. You’re a service based company. Tell us about the challenges of a service-based business …

Miguel Lloyd: You’re exactly right. I’m in the service business. Sometimes my biggest competition are the business owners themselves. Because, all these tools that are here, all these tools are great. I like to always use the analogy that I could go and buy some clippers and cut my own hair, but it’s going to look pretty bad. I believe in going and hiring a barber to do the work for me.

There are a lot of tools to get that stuff done. If you don’t have the creative eye or the ability to write content that’s going to be engaging to your potential customer, you’re buying those clippers on your own, and you’re cutting your own hair. A lot of cases it looks bad… People can tell.

Small Business Trends: Compare and contrast Atlanta’s tech scene, and Atlanta’s reputation for tech start-ups, Silicon Valley. Is Atlanta getting the kind of respect … I already seen you shake your head.

Brooks Robinson: I don’t think we’re getting the respect, but I think we’ve come a long way. When I did the venture capital thing, it was up in Boston’s Kendall Square. And just the energy up there, being on MIT campus. That’s where the dollars were… that was ’97, ’98. You fast forward today, what’s great about Atlanta is that there are so many different enablers here. You’ve got the ATDC, you’ve got Tech Village, you’ve got what Paul and Allan are doing down at Tech Square Labs.

After SeeBeyond, when I was thinking about doing this start-up, my wife and I we lived down in Ansley and we were going to move. We basically put up the sales sign, we were moving to San Francisco. Because I thought that time, that’s the only place you can do a technology start-up. Someone thankfully said to me, go down to Georgia Tech and check it out. I was blown away. I had lived here at that point for 12 years, didn’t really know what was going on. Just had this epiphany. It’s like, why can’t we build this company here?

Rob Forman: Are we getting respect? Why are we asking that question? I would say if we respect ourselves and we’re focused on how we’re getting better and how as a community we are giving back, that we are being organized, that we are competing but not being … Not taking it down. Not kind of dragging each other down. Then I think the rest will follow. Comparison is rarely a good road to go down. Kind of like any front, right? It never ends how you think.

There are definitely differences in the personality of the environments. There is a lot more noise in the valley. It reminds me of Warren Buffet. Why isn’t he in New York? Super wealthy guy not in the financial capital of the world, and he said it was too noisy. He has room to think. I started a company in Atlanta because I live in Atlanta and there’s room to think.

Small Business Trends: Miguel, the main goals is getting customers and making revenue. How are you seeing the challenge today? For a company that’s maybe just getting started. How do they get a reputation, build an opportunity connect, and bring home those customers today?

Miguel Lloyd: One thing that was said on the panel before… starting in your own community. I moved here to Atlanta, and I realized Atlanta is just a big place with a bunch of little communities. A bunch of smaller counties. There’s a lot of opportunity in these towns. Focus where you can … If you live in outlying counties, why do you have to come into the city to find business?

I’m a part of Atlanta Black Chamber and the marketing PR chair for the organization. One, because I love to serve, but also because I do want to get to know the energy in the people in the town.

If you live in outlying counties, you may be driving by your client every day. Your best customer every day. I think that’s one area.

Small Business Trends: I was talking to a CEO and founder of a software company. He said, his approach to business was trying to find gaps in the market and then try to identify if there was a market in the gap. How do you do that today?

Brooks Robinson: One of the things I’ve always done in my career is I’ve looked at what are large enterprises doing? How do I make that simple and affordable for a small business? If a large enterprise tends to lead on innovation, and now we’re seeing more so on consumers, well especially with like Facebook, from a UI perspective and consumer tech is really interesting, and how that’s actually changing business tech. For me … I think what ends up happening, we identify a gap where, hey small businesses are being left behind.

There’s that classic saying, I know half my marketing’s work. I just don’t know which half. To me we started this business because large enterprises have something called marketing attribution, or revenue attribution. Where every time they do a marketing campaign, they tag it. They track you as you come to their website. They know that you bought something. They can say, this campaign generated $1,000,000. If you’re a small business, you’re just doing social and you’re doing email campaigns. You’re doing ads.

You have no idea really where the money is coming, you just know month down month. For us, we saw a large enterprise doing this thing called marketing attribution. Let’s bring that to small business. I guess I’d call that a gap.

Rob Forman: I agree. Looking at what enterprises do and see if there’s a small business version of it … Or really a simpler version of it. There’s still a long road ahead on that because simple is hard. Especially something that’s not just easy. Easy is easy… simple is hard. The other thing I look for are manual tasks. Things that people are doing manually that sort of annoy them. They’re asking for technology to come into that area. It’s super hard, and I don’t … I haven’t ever really seen a formula that works. I think what I would probably focus is on the speed of innovation.

How quickly can you try something? Do you take six months to try a new idea, or can you do something to test out the idea in two weeks? The more dots you get, the better your odds are. Then knowing when you believe you have something. You’re talking about driving past the customers. We completely agree. Start with if how you get 10 unaffiliated customers. Then how do you get to 20 and then how you get to 100? By the time you get to 100, you’ll know so much more than you did on day one.