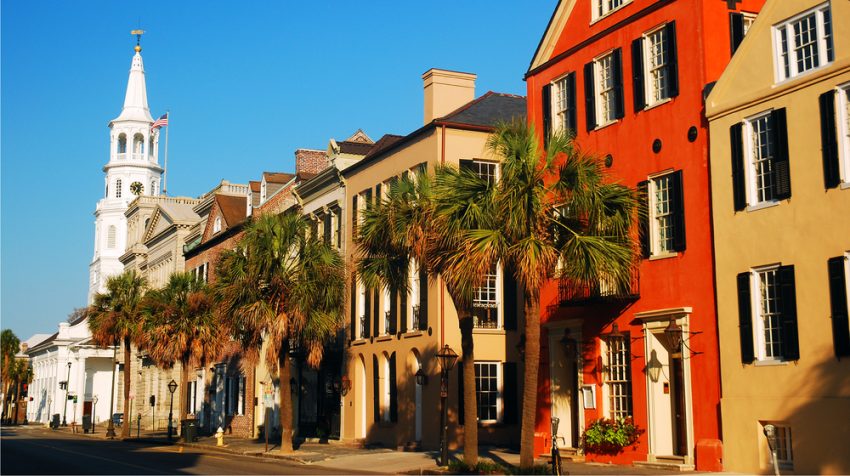 A not-so-surprising trend is gathering steam across the U.S. The trend, which is indicative of what is happening in other markets around the world, is that more and more workers want to work from home.

To better understanding how this trend is taking shape in the U.S, a New York-startup called AND CO set out to identify the states that have the most residents who want to work from home. The results of this nationwide study were as interesting as they were enlightening.

States Where People Want to Work from Home

According to AND CO, South Carolina is the state that has people who want to work from home the most.

AND CO came to this conclusion after analyzing data from Google Trends and finding that South Carolina represents the highest volume of search queries for “work from home jobs” in the entire country. Not far behind South Carolina were West Virginia and Kentucky, two fellow Southern states.

“With the tech sector driving this charge — companies like Buffer don’t even have an office space — the transportation and finance sectors are also seeing an increase in the number of employees working remotely,” wrote AND CO writer Arielle Crane about this finding in a post on the company’s official blog.

Among the bottom states for people who want to work from home as per the study are California, Oregon and New York.

Check out the full AND CO map of states with most people interested in working from home below: 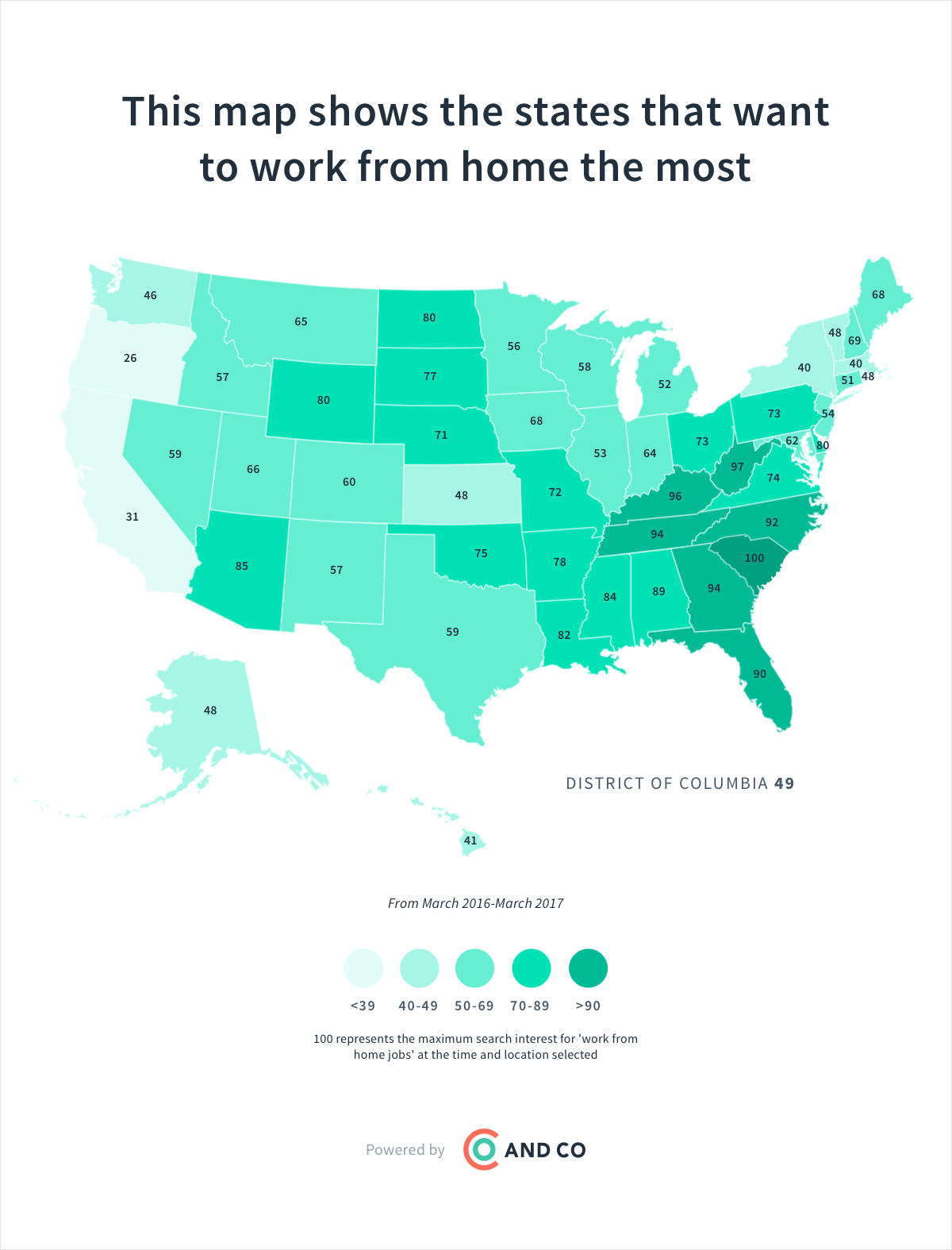 What Is Making People Want to Work from Home So Much?

The charge toward working from home may be attributed to technological advances and the desire for leaner organization models. Experts have also observed that remote work tends to lead to more effective and productive workers, with less overhead and employee turnover.

AND CO says that people should take note of this trend toward working from home on a full-time basis because lots of studies support the notion that telecommuting benefits both workers and employers.

And if you’re a small business that has ever wanted to hire remote workers or you’re a freelancer yourself, now you know the key states where the most enthusiastic freelance workers reside.