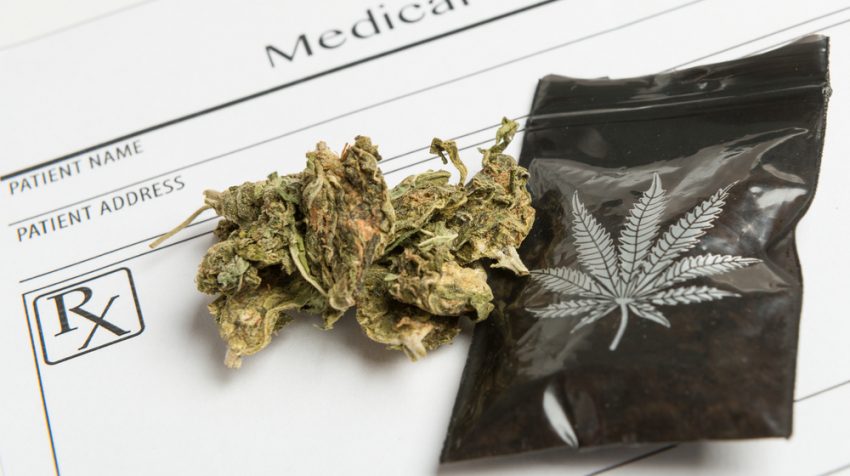 With nationwide acceptance for medical cannabis at an all-time high, a remarkable majority of physicians are still unwilling to certify patients. All too often those suffering from severe and chronic conditions are denied certification from their network of treating physicians.

This begs the question – Why do many physicians refrain from exploring medical cannabis as a treatment option? Why do certain hospitals and practice groups explicitly forbid their affiliated physicians from certifying patients? Why haven’t we reached a critical mass of support?

Why Doctors Are Not Prescribing Medical Marijuana

Physicians worry that certifying medical cannabis patients poses a risk to their controlled substance license, commonly referred to as a DEA (or Drug Enforcement Agency) number.  Since cannabis is a Schedule I Controlled Substance illegal at the federal level, some assert that certifying patients under a license issued and regulated by a federal agency is problematic. As an added worry, practitioners question whether cannabis certifications will make them more susceptible to an audit, inciting the State Medical Board or Department of Health to possibly become more suspicious of their scope of practice, and consequently, what effect this might have on their relationships with insurance carriers.

Physicians further fear that patients may fail to use cannabis responsibly by driving while intoxicated or improperly storing cannabis product, which can lead to potential diversion or consumption by minors.  Some states have sought to limit and preempt these liability concerns, i.e. through the inclusion of clauses where the physician simply attests that the patient has a qualifying condition and that the potential benefits of using cannabis outweigh the risks. However, this may do little to satisfy those more conservative physicians who hold a general posture of non-engagement in so-called “riskier” or exploratory activities.

Additionally, the permissibility of insurance reimbursements for cannabis-related physician consultations is gray, at best. How can a provider submit a claim for a “consultation visit” whereby a non-FDA approved, illegal drug is recommended? This is complicated by the fact that many patients with serious illnesses who qualify for medical cannabis are insured through government funded programs, such as Medicaid, which are subsidized, in part, by Federal dollars.

Confusion and Unease About the Certification Process

Physicians may be unacquainted with the rules of their State’s program. Confusion exists regarding authorization to certify patients (as in some states a medical cannabis education program may be a prerequisite), submission of a patient’s supplemental health information, and term of care required for a valid “bona fide” patient / physician relationship.  Some physicians hold the apocryphal belief that they cannot legally certify, and patients must go to a specialized “marijuana doctor.”

In many ways, a medical cannabis certification is antithetical to conventional guidelines for prescribing medication. Cannabis certification lacks specificity on dosing, types of products, and methods of administration. For example, a gastroenterologist prescribing corticosteroids to treat Crohn’s disease may issue a 10-day supply  of oral medication and schedule a follow-up appointment to monitor the patient’s progress. Certification of a medical cannabis card, in comparison, typically authorizes the patient a full year of access to flowers for smoking, oils for vaping, edibles for consumption, and topicals for skin application. Physicians’ lack of control over medication specificity prompts unfamiliarity and unease.

Empirical evidence of medical cannabis efficacy collected through U.S. based research is limited and spotty due to its federally illegal status. Physicians oftentimes ascertain information about cannabis in an informal and haphazard fashion — such as through patient accounts of black-market consumption, sensationalized investigative journalism or interactions with other health care providers. Though some physicians may choose to do their own research, most are left feeling ill-informed.

This is a stark contrast to the pharmaceutical world, where a veritable cadre of drug reps meticulously carve out practitioners by territory and specialty providing comprehensive education on their product line. These reps cite research studies, highlight product improvements, proffer comparative medication data, and discuss common side effects. They deliver product samples and coupon books to practitioners to stimulate demand for scripts.

In the world of cannabis, licensed dispensaries, processors, and cultivators are start-ups lacking the deep pockets of Big Pharma. Moreover, regulatory limitations on advertising constrain message contents and permitted distribution channels. As one might expect, product samples (distributed by an entity other than a dispensary) are expressly prohibited by law. So, for instance, a doctor cannot offer a patient a gram of Cherry Kush as treatment for his incessant muscle spasms.

In short, this groundswell of doubt towards certifying medical cannabis patients is seeded by liability, informational, and regulatory concerns. Unpacking these objections proves a worthwhile exercise, particularly for legislators crafting cannabis reform.

Six weeks ago, bipartisan Federal representatives came together to establish the first-ever Congressional Cannabis Caucus. It is my hope that the initiatives put forth by this Caucus will provide one avenue for assuaging physicians’ concerns, consequently leading to accretion of support and further advancement of the medical cannabis movement.