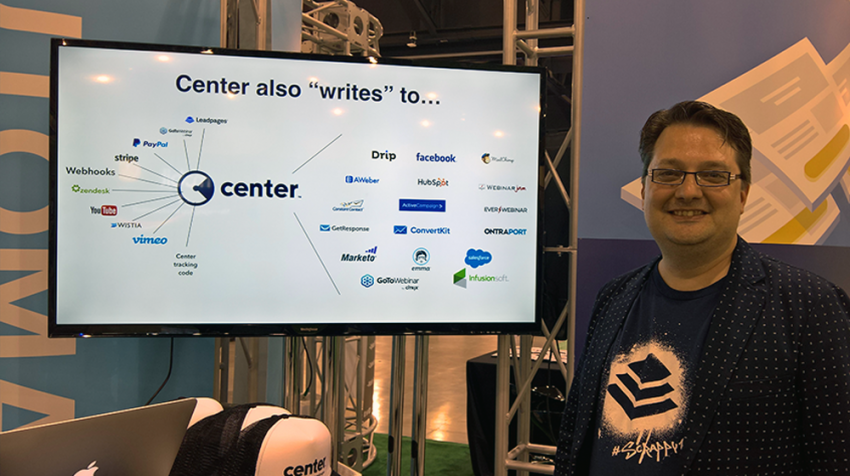 It’s 2017 and there are multiple surveys out there saying more than half of small businesses out there still don’t have a website. And, according to an upcoming survey from Leadpages, even many of those with websites don’t understand why landing pages are important – why they need pages optimized for converting site visitors into contacts and leads.

While on the exhibition floor at Infusionsoft’s ICON 17 event this week I had a chance to speak with Bob “The Teacher” Jenkins, Manager of Education Content for Leadpages. Bob shares why landing pages are important and why it’s more important than ever to have those landing pages optimized for conversation. He also discusses why Google’s emphasis on speedy page load times will impact your landing page conversion rates.

Below is an edited transcript of our conversation. To hear the whole conversation watch the video, or click the embedded SoundCloud player. 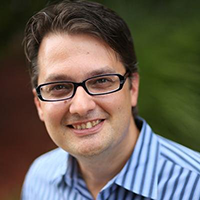 Small Business Trends: So give us a little background on Leadpages.

Bob Jenkins: We pre-launched Leadpages in 2012 before the software existed. Our co-founder and CEO Clay Collins had an idea of turning templates that could be uploaded into a template machine where people wouldn’t even have to upload them, they just need to change what the text was on the page. And so, in November of 2012, we had a pre-launch. January it was launched as an actual product with a couple hundred users right out of the gate. Four and a half years later, we have 47,000 customers. We are number 148 on the Inc. 500. We’ve been profitable since day one but have also raised $38,000,000 dollars in that time frame from venture capital money. So we do very well with our customer base. We love helping small businesses make it easier to market what they’re doing and turn more people into customers.

Small Business Trends: So what are a couple of the biggest challenges small businesses face in creating pages that actually convert?

Bob Jenkins: First of all, it’s knowing that they should have a landing page. A lot of people think they need a website that has all the bells and whistles; has fifteen pages or forty-five pages, and then low and behold, none of their pages actually have a way to capture a lead. They might have a phone number or they might have contact us or something like that, but the difference between a regular website and the landing page is that idea of focusing on conversion. So, first of all, small businesses have to realize that they have to have those types of pages. We have a small business report that is being released here this spring that’s finds most small businesses don’t even think they need a landing page. All you need is a website…that’s just not cutting it.

Now, once they have a landing page, what they need to remember is that people don’t care about your product, they care about their problem being solved. So, in your landing pages, make sure you’re communicating what’s the number one problem you’re solving, and describe enough of the solution to make them want to say yes to knowing more. Whether that’s giving their email address or that’s buying a product, don’t overwhelm them with all the details and information until they’ve said at least one yes along the way.

Small Business Trends: Are there any other important aspects of landing pages that customers overlook?

Bob Jenkins: One is to make sure that your ability to convert is easy to find. We call these call to action buttons. They need to be of high contrasting color. They need to be above the fold, which means as soon as you land on a page, that button is visible. You don’t have to scroll for it, you don’t have to hunt for it. And there’s another one lower down so if you have a landing page that has a couple of scrolls worth of page content, have at least one other button on the page. A lot of people overlook that.

We also overlook the idea of design. With our software we give you a lot of templates which are already pre-designed for conversion. They’re not just designed to look good, they’re designed to convert. Having that is a real good advantage if you’re using something else or doing it on your own, just make sure you take into consideration the aesthetic, have it look good but make sure that all things are pointing toward those call to action buttons. So the people take the action.

Small Business Trends: What are some of the things that they have to do from a mobile perspective with modern landing pages?

Bob Jenkins: Just to emphasize your question, Facebook has about 1.8 billion users. 1.2 billion access it monthly on the phone. That gives you 60 to 70 percent of people are accessing landing pages on the phone because they’re going from social media or they’re clicking on an ad and they’re going to that mobile site. So everybody has to have mobile responsive pages. Unfortunately that’s not the case.

Building a website in a traditional website platform or an old school design, that’s just not mobile responsive. So you want to make sure that it’s responsive and even more than that, optimized. One of the things we love that we introduced to our builder a few months ago was the ability to hide or show sections based on what kind of device people are using. Not only are they responsive and look okay, you can read them, it’s not like you have to scroll left and right on the page and zoom in and zoom out, but you also have that ability to see the content as it should exist. So having mobile optimized pages is also an advantage.

One thing to note about that is the call to action button, again. Think about holding a phone. There’s only so much scrolling before somebody starts to give up. So a traditional landing page, even something that might be made from one of our pages initially, might not have the button above the fold on that first screen on a mobile device. It’s mobile responsive, it’ll still look good, but you might have to scroll a little bit to get to it. So thinking about how does the experience for mobile user differ from the desktop and have the button right away on the front where your thumbs going to be. You know, most people are right handed so have it very accessible to that right handed thumb, hopefully even across to the left as well for the left handers too.

Small Business Trends: Talk a little about speed. What’s the speed, the efficiency you really have to have before somebody just walks away?

Bob Jenkins: This is a very important question because Google is going to penalize search results if you’re not actually strong in the speed department. So if your page is not loading in two seconds, you’re going to be hurting. We want to get ours under one second and that’s the kind of thing we strive for. New users to around 760 to 800 milliseconds is what we’re seeing. Sometimes it’s a little longer or shorter depending on image sizes and things like that but it’s definitely a concern so not just on your mobile device through the high speed internet but how does it look on 3G, how does it look on internationally when you’re in places that might not have high speed internet. So that one second might be a little longer. But you want to make sure it’s under three or four seconds as much as possible.