5 Mistakes Can Kill Your Small Farm 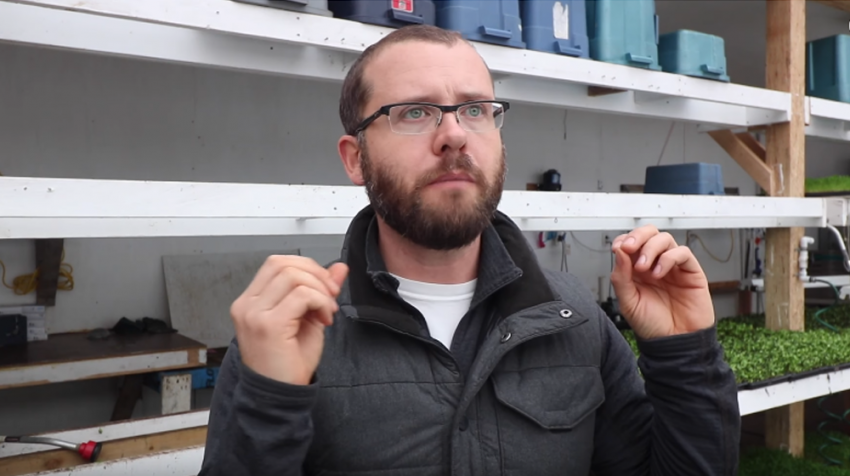 Why do small farms fail? That’s a question that Curtis Stone has been pondering for some time.

Stone is an urban farmer and YouTuber who runs a farm in Canada and works with other farmers as a consultant, author and instructor.

Since establishing his own farm and business back in 2010, Stone has identified what he considers to be the most common reasons why small farms fail. And if you’re able to understand some of those pitfalls, you can use them to avoid failure in your own farming business. Stone shared those reasons in a YouTube video, included below.

Getting Bogged Down in Ideology

To start, Stone said that some farmers become too obsessed with their ideologies. For example, new farmers, particularly urban and sustainable farmers, may get too obsessed with big world issues — environmental, economic or political. Meanwhile, Stone says they miss small opportunities in front of them and may get depressed that their local actions are not having enough of a global impact.

Just as bad, Stone says, these ideologies can keep small farmers from working with others who may have a different point of view or approach. But these people can be very  critical in helping a new farmer get his or her operation started.

Stone says another mistake he commonly sees is when farmers get stuck pursuing a low-end market stream, like a CSA (or Community Supported Agriculture) model.

The model involves customers signing up to receive a box or bag of produce once a week throughout the farming season. The problem, says Stone, is that in the beginning when a farmer is still trying to understand his or her season, a CSA model may make it hard to grow your customer base as you work to fill subscriptions.

By contrast, while still in the learning curve, Stone points out some farmers may even loose subscribers using this model if not able to keep up with subscriptions.

Instead, Stone recommends seeking out the path of least resistance, such as regularly doing local farmers’ markets and selling your produce there as you get the hang of what you can produce and slowly but surely grow your customer base.

Not Having the Right Equipment

Third on the list, Stone says, is that some farmers may not have the right equipment to get started.

While insists that he is a greater supporter of bootstrapping and doesn’t believe a huge sum is needed to start a small farm, h insists farmers starting out without at least certain basics — a seeder, walk-in cooler and perhaps some other small machinery  — may be setting themselves up for failure.

And on-the-cheap solutions like trying to spread seed by hand or trying to get by piecing together a bunch of consumer refrigerators can end in problems.

Failing to Focus on One Thing at a Time

On the other end of the spectrum, some small farmers try to take on too many things right from the beginning. Stone says that early on, farmers should focus on one or two things until they become successful, then move on.

As on other businesses, multi-tasking or trying to take on too much is a mistake and could hold beginning farmers back from every getting started.

Failing to Treat Farming as a Business

And the number one most common reason why small farms fail, according to Stone, is that they don’t approach farming as an actual business. Of course, farmers have big and noble ambitions. But you still need to pay attention to the bottom line if you want the venture to be sustainable over a long period of time.