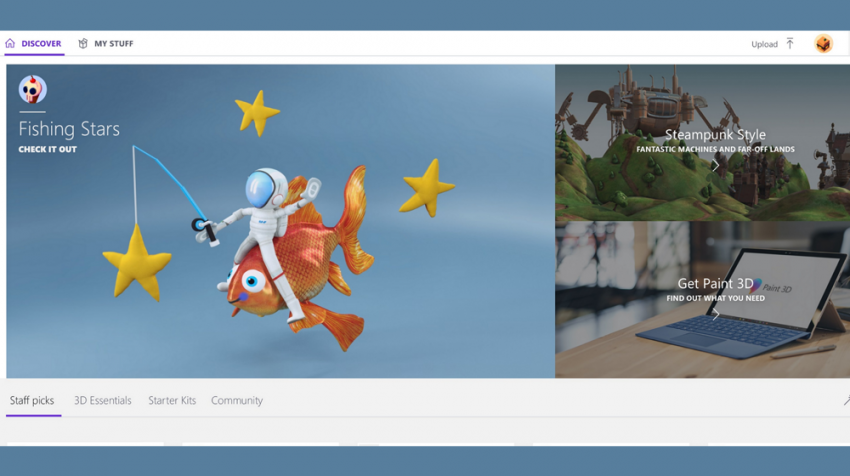 After months of speculation, Windows 10 Creators Update is finally here.

The latest update, however, goes on to add new features such as built-in game broadcasting, 3D in Windows 10, enhanced security features and new tab management features, among others.

A Peek at the Windows 10 Creators Update

Here’s a look at some of the new features.

Microsoft Edge is now faster and more secure than ever before. It comes with a new tab preview bar that gives you a quick glance on every tab that you have open, without having to leave your current page.

Windows Hello is Microsoft’s biometric security system that’s built into Windows 10. With the update, Hello has become much faster and the new setup shows you exactly how the system scans your face to detect who you are. The end result is a much speedier Windows Hello login process.

Microsoft’s voice-activated assistant Cortana now offers a full-screen experience so you can view your screen from far. Cortana also now displays quick links in the Action Center. This should help you quickly pick up where you left off.

Staring into a screen all day can have detrimental effects on your eye sight, but you may no longer have to worry too much about it since the new update comes with Night Light setting that reduces the amount of blue light emitted by your device after night fall.

This feature allows you to remotely lock your Windows 10 PC. Pair Bluetooth devices like a wearable or phone and Windows 10 will automatically lock once it senses that the connection is too far away.

The new update brings 3D design to the masses. As the name suggests, Paint 3D is a 3D version of Microsoft built-in Paint app. The app allows you to build and edit 3D objects from a set of pre-built shapes. The app also supports 3D printing.

Game Mode shifts resources away from other processes and prioritizes the game you are playing for best performance. This feature works best when your PC is experiencing resource contention.

Up until now, Windows Defender was a small hub that would keep your PC virus free. However, the new update has seen all of Windows security features moved to the hub to form the Windows Defender Security Center. You can now access virus & threat protection, family options, app & browser control, firewall & network protection and device performance & health, all in one place.

This is not strictly a Windows 10 Creators update, but it’s good to note that Microsoft recently updated its Photos app to support inking. This is a much-needed addition that allows you to pick a photo, annotate it and share it on social networks or via email.

Next Skype Generation Made Available

Build for Windows 10, the new version of Skype includes exclusive features such as Skype Translator for calls to mobile phones and landlines, SMS relay for Windows Phone and mini view. The new Skype also includes a redesigned group video calling view, conversation search as well as keyboard shortcuts. Learn more about what’s new with Skype on the Skype Blog.