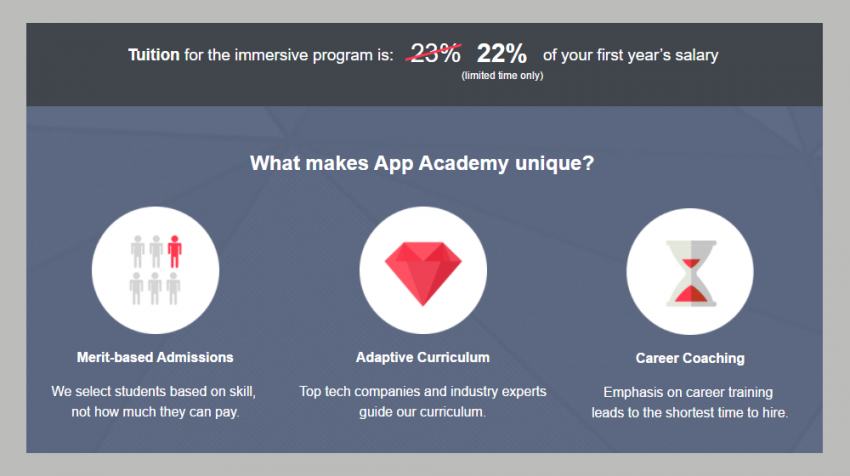 App Academy is a coding bootcamp that teaches essential programming skills to those who want to gain in-demand jobs in the tech sector. But what really sets App Academy apart isn’t what it does — but how it gets paid.

Instead of collecting a flat rate tuition, the company collects money only after students graduate and get jobs. Then, it takes a 23 percent cut of the student’s first year salary.

App Academy’s program is intensive and full-time. So students often don’t have the ability to pay for the program while they’re enrolled. However, once they get jobs as software engineers or in similar positions, the ability to pay becomes much easier. So rather than cutting out many potential customers, the entrepreneurs behind App Academy got creative.

This innovation hasn’t come without drawbacks though. California and New York both require flat tuition rates, so the company’s payment plan is currently under review in both states.

Sometimes, getting creative in solving problems leads to solutions that defy convention. But App Academy’s payment plan seems to work for its specific target customers. There may be more changes in the future. But for now, this plan shows how it’s possible to get creative even in sometimes overlooked areas of business.