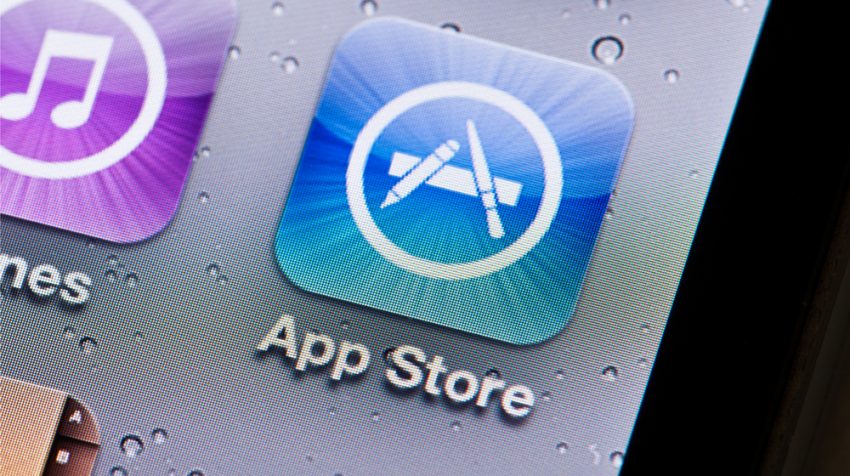 Mobile apps have had a huge impact on how businesses operate. And the App Store is one of the most popular ways for people to find those apps. But this week, Apple announced that its cutting commissions for members of its affiliate program.

In addition, popular mobile app WhatsApp experienced a worldwide outage this week that had plenty of users upset. Read about these headlines and more in this week’s Small Business Trends news and information roundup.

Apple Inc. (NASDAQ:AAPL) this week sent an email to App Store affiliate program members telling them that it is slashing their commission rates from seven percent to 2.5 percent on May 1. According to Brett Terpstra, an App Store affiliate who received the email, the changes only affect affiliate referrals for apps.

WhatsApp Back Online After Global Outage

WhatsApp went down and the world went a little nuts. Literally, the world. Widespread outages were first reported around 4 p.m. Wednesday. The problem was mostly resolved by 7 p.m. the same night, according to DownDetector.com. But during that time, no one on the planet could use WhatsApp. And that’s a lot of people.

Augmented reality broke onto the public consciousness with the release of Pokemon Go. But if you think the technology doesn’t have business applications beyond catching cartoon characters in parks around your home, you’d be wrong. In fact, if you have an eCommerce store, you might want to pay attention to what other retailers and mobile apps like Wayfair and Houzz are doing.

Across the world, small businesses do not seem to be equal when it comes to facing challenges. Belgian businesses, for example, seem to be doing something right among their European counterparts.

Obamacare Penalties for Employers May Be History — But Not Quite Yet

Obamacare — and the mandates it places on small business employers and the self-employed — is one big step closer to being repealed and replaced. Republican members of the House of Representatives voted Thursday to repeal the Affordable Care Act, known as Obamacare. The vote also replaced Obamacare with what’s known as the American Health Care Act.

McDonald’s (NYSE:MCD) has already admitted that its latest innovation is essentially useless. But the company still hopes that it serves an important purpose for its marketing efforts. The product is called a “frork.” It’s essentially a fork, but with french fries instead of prongs.

What Can Small Retailers Learn From Big Changes at the Mall?

It’s no secret that traditional shopping malls have struggled in recent years. eCommerce giants like Amazon have taken a huge chunk out of their business. And retail stores just can’t compete price-wise. But there is something that malls can provide that online stores really can’t. And they’re starting to take advantage of it.

How Can Small Business Prepare For The Next Soda Tax?

Government officials in places like Philadelphia and Seattle think the new revenue from a soda tax is sweet, but small businesses are the ones that will absorb the cost and they’ve soured on the idea. The COO of Canada Dry Delaware Valley recently claimed the tax was responsible for a 45 percent drop in sales. And there were plans to lay off 20 percent of the workforce.

Technology has opened up so many doors for businesses. But few small businesses actually have the resources and ability to make their ideas into reality in-house. That’s where Innvonix Technologies LLP comes in. The company provides a variety of different services ranging from website and graphic design to mobile application development.

Pendulum Swings Back Toward Traditional Offices — with a Twist

In the movie Back to the Future, hero Marty McFly must travel into the past to set things right in the present. Today, something very similar is happening when it comes to trends in the modern workplace.

How Can Your Business Use PayPal’s Business in a Box?

A new kind of retail incubator has emerged in recent years, providing support for arts-oriented start-ups. One example is the Cleveland Flea, which helps turn Northeast Ohio artists into retail entrepreneurs by offering support services, connections to suppliers, and market access.

The U.S. Small Business Administration’s Office of Advocacy recently released an encouraging report on veteran-owned businesses. The report, which is based on the latest available data from the U.S. Census Bureau’s 2012 Survey of Small Business Owners (released December 2015 and February 2016), shows about 2.52 million businesses in the U.S. majority-owned by veterans.

More Than Half of All Americans Want Their Own Personal AI Assistant, Study Finds

A day in the life of a small business owner or entrepreneur may not be as exciting as you’d expect. It usually involves performing repetitive tasks, such as filling out forms, taking calls, scanning emails and scheduling of meetings. The list of to-dos looks the same each week, which can get pretty boring.

Google (NASDAQ:GOOGL) has on many occasions emphasized that for good rankings, websites need to feature relevant and quality content. But that doesn’t necessarily mean that quality content will magically translate into big traffic. Still, the search engine keeps urging website owners — including small businesses — to focus on quality content first.

For the majority of small businesses the end of tax season brings a sigh of relief. But don’t let your guards down just yet. A new threat surrounding W-2 fraud has been detected, increasing the concerns over tax-related scams at this time.