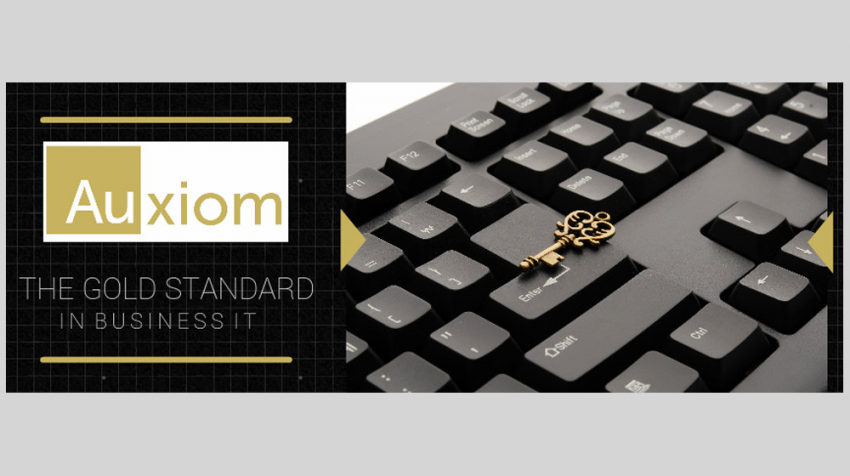 An influx of cybercrime in recent years has led to plenty of worry for small businesses. But it has also led to opportunities for some. Just ask Matt Loria.

Loria is the co-owner of Auxiom, a Michigan based company that provides IT and cyber security services to small businesses. And it’s a business that’s booming right now. Auxiom currently has nine employees. But Loria expects that number to grow to 15 by the end of the year. And the company’s revenues by that time are projected at between $1.5 and $2 million.

Part of that growth is almost certainly due to the growing concerns regarding cyber crime. Any business or individual online is vulnerable to attacks these days. Even Loria himself has been hacked, he says, although he was able to intervene before any actual damage was done.

The threats that small businesses face are often different than those faced by large companies or government agencies. But it’s still an incredibly important consideration.

Loria explained in an interview with the Detroit Free Press, “Even though the attacker is not necessarily going to take your information and sell it. These are just an attack that says, “Hello computer user, we’ve just locked your files. They don’t mean a lot to us, but they mean a lot to you. You’re going to pay $300 to $600 in Bitcoin to get it back. If you don’t pay it, we’re going to raise the price.”

Loria also explained that some of the major cyber security issues in the news aren’t exactly applicable to small businesses. Namely, Russians probably aren’t looking to hack small businesses. But there are those out there who might find ways to make money off your information, even if they can’t directly benefit from it.

Loria continued, “A targeted attack is: I’m going after your credit cards. I’m going after your movie. Those guys are usually going after the big companies. There’s also a pulse attack. The guys going after small companies are looking for weaknesses. They send out a million spam emails. They don’t even know who they are sending them to and hope someone opens it and it encrypts the files and then they pay the ransom.”

Overall, Loria says that between 90 and 95 percent of small businesses he deals with have gaping holes in their security when they first get in touch with Auxiom. He says figuring on between $100 and $200 per employee per month is a good place to start for your cyber security budget.