Case Study: How to Use Facebook Ads to Generate Leads 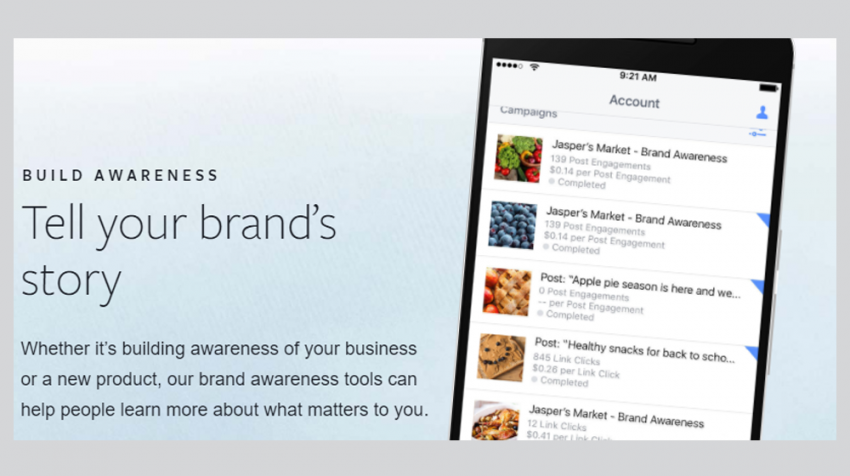 Using Facebook lead ads can help you to generate leads and get more business.

Small Business Trends followed the path of Amazing Lash Studio Eastvale and how they used this social media tool.

We spoke with Justin Perry, the owner of the company that used Facebook lead ads to build out their guest list and get a 4.8X return on their ad spend.

The company had been an industry leader in the eyelash extension industry since 2010. They’d started working with a digital marketing company called Local Search Masters on a two-part advertising campaign. It was designed to first find prospects and then invite them to the subsequent grand opening of the Eastvale location.

“We wanted to be proactive rather than reactive,” Perry says. “I was trying to build an interest list by creating brand awareness in our community.”

The first part of the campaign was designed to attract people interested in becoming lash models. It was visually effective because it showed before and after shots highlighting the impact the company’s extensions could make. The decision was made to go ahead once Perry and his wife shopped around and were sold on Facebook as their social media tool of choice.

“We looked at a number of socials media outlets,” Perry said, “but there’s really only one that has the structure to allow us to do what we did and that’s Facebook.”

The Facebook Primer. There are specific recommendations listed by Facebook that are designed to make sure any pictures you use look great no matter where they appear on the social media platform. Optimal numbers for everything from the number of words in News Feed description to characters in headlines and text are carefully outlined to get the best results. Even the best image sizes and ratios are included.

The Call to Action

People who clicked on the Amazing Lash Studio Eastvale shots were led to a limited time offer of a one year membership and then a pre filled out form based on their Facebook profiles. The result was a library of leads the company could use for future retargeting campaigns.

Results That Raise Eyebrows (and Lashes, Too)

Boosted posts were the fuel Amazing Lash Studio Eastvale used in tandem with the pictures. One of the biggest advantages here according to Perry were the geo targeting abilities.

“Rather than a shotgun blast, where you’re hoping to hit something, these posts gave us sniper effect,” Perry said.

The Facebook Primer. This option allows you to boost all kinds of posts on your business Facebook page. However, for Amazing Lash Studio Eastvale, the ability to get offers higher up on the News Feed and even Instagram were the special sauce. Boosted posts can be sent directly to a target market. Facebook Post Insights can help you to determine who is engaging with your post so you can fine tune your advertising dollar.

“Mailing out 50 thousand print flyers is what I call shotgun advertising where a large portion won’t do anything. That’s what we love about Facebook targeting,” he says adding the many choices for these boosted posts include people who like your posts and their friends.

The Eyes (and Numbers) Have It

The numbers speak to the success of the campaign. Amazing Lash Studio Eastvale saw a 35 percent increase in sales, a 10 percent decrease in cost per lead and a 4.8x return on their ad spend. Perry tells us their previous trial and error approach to marketing has got them to where they need to be, so they won’t be changing up anytime soon.

“We’ve learned what to do and what not to do so we’ll continue to use the Facebook platform we’re using today,” he said.