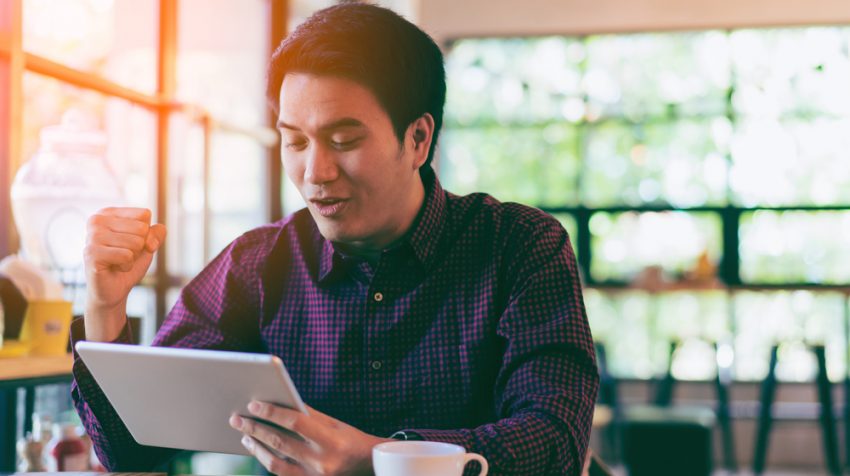 It’s no secret that mobile gaming is the next big wave for online entertainment. As phone screens get bigger, displays get more detailed, and cameras enable augmented reality experiences, the gaming market is bound to experience explosive growth. Burgeoning industries like these are perfect launchpads for small businesses to grow.

By 2020 the industry is projected to grow to over $25 billion in annual revenue. Part of this can be attributed to the steady proliferation of smartphones, but it is also being driven by companies developing more games that cater to a broad array of consumer interests. Another way to evaluate the growth of the industry is by the number of mobile users. In 2011 there were approximately 80 million mobile gamers in the U.S. That number has ballooned to over 180 million in 2016 according to research firm Statista.

While the industry is booming, that does not mean that every entrant will find success. It isn’t always easy to know when a game is going to be a hit. “The app stores have changed significantly over the years and are now more competitive than ever before. To control your destiny, your game’s metrics need to be good enough to allow you to profitably acquire users for your title,” explains Ilya Nikolayev, CEO of Tapinator, a publicly traded mobile gaming company.

A growing number of developers are taking cues from their predecessors in the console arena and developing games based on their long-term financial potential. Admob reports, “62 percent of smartphone users install games within a week of getting a new phone.” That is why companies are scrambling to make more enticing games. The following are some of the key growth hacking strategies they are using to accelerate the growth of their mobile game offerings.

Don’t Let Perfect Be the Enemy of Productive

Game makers tend to be creatives that are highly invested in the narrative value of gameplay. This can often distract from the end goal of producing a game that generates value for players and developers. Nikolayev and his team have created over 300 titles, and have had some big hits and others that are developed quickly for other aims. He shares, “We understand that our Rapid-Launch Games will likely not become home-run products. That’s why our development process is to build engines within some different categories.” By keeping a lean development mindset, gaming companies can diversify offerings while creating an in-house advertising portfolio.

Being willing to take a risk on a gaming product is a must, but companies with limited funding should do as much research as possible to at least identify that there is a market for the game. Too many flops might lead to you closing the doors on the business, not just one title.

Many gaming companies try and make a game palatable for a broad audience, but this often reduces engagement. One thing critical to gaming success is identifying key demographics and then creating games tailored specifically to their interests.

It is much better to create targeted experiences that connect with clear-cut consumer groups because they will be much more likely to make purchases or upgrades within the game. Brands that want to grow their slice of the market share should consider what niche gaming spaces they can fit into, and tailor their outreach and marketing efforts to those groups.

We get it, apps have bugs, but it is important that developers recognize them quickly and resolve them fast. If you are outsourcing development and app management, you must be sure that you are partnering with developers who can resolve issues quickly and communicate with your users.

This applies to any customer facing product, in fact, quite a few leaders believe that making a mistake and fixing it fast is better than never having made a mistake at all. While it is inadvisable to create a glitch for this purpose, if one happens, be sure to make it an opportunity to show how much you care for your users.

If you are a gaming company, or a small business looking to launch a gaming experience, consider your capabilities and whether or not they meet your audience’s’ needs. If not consider what partners might help you execute your idea. Nikolayev suggests that developers should “increase focus on creating sequels and portfolios of games, given the increasing user acquisition cost.” Above all else, be sure to listen to your users and audience. They will give you the best ideas for updates, changes, and areas you can improve upon.