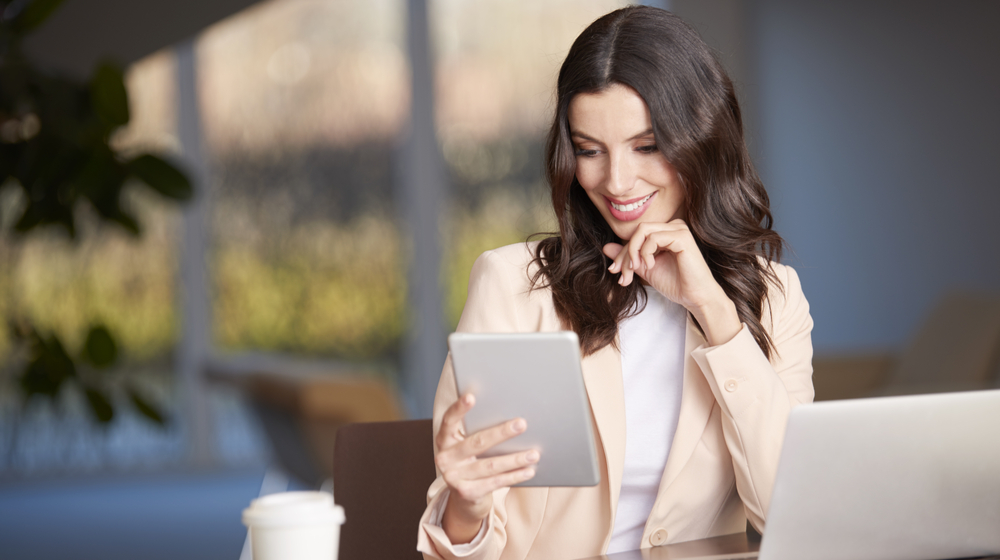 Psychologist and social marketer Dr. Rachna Jain says, “social media is changing the foundation of the ways we relate.”

Many agree that it’s crucial for brands to be on social platforms. Social media use is so widespread (not to mention, free) that it would be foolish for companies not to engage with their customers on social media. 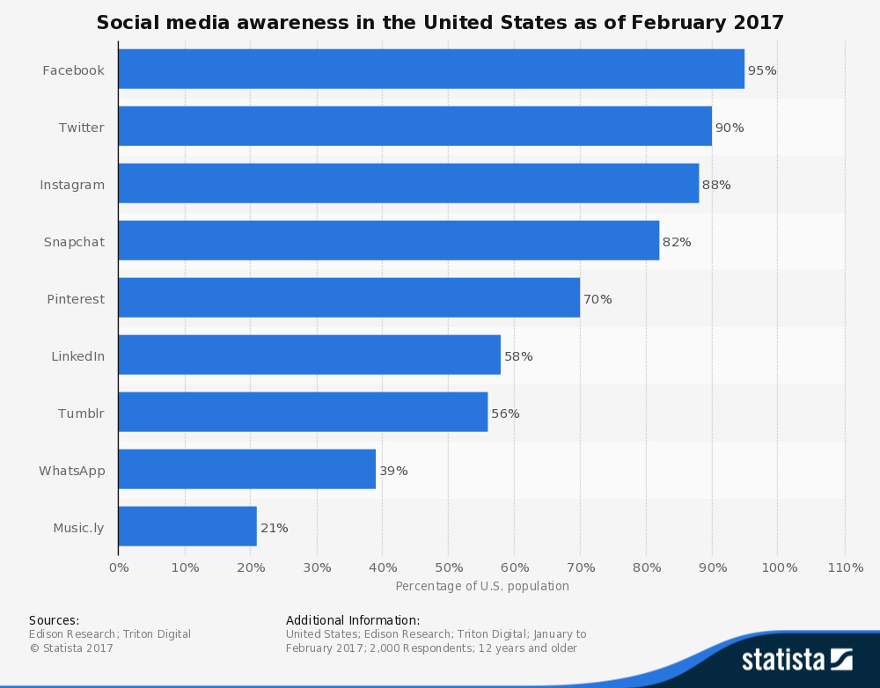 But if Dr. Jain is correct, businesses have an unmistakable interest in understanding the implications social media has for personal interactions.

Company leaders should be aware of how it affects their employees, their relationships with their clients, and them personally.

There are some very real dangers involved with using social media, as well as significant benefits. If you are savvy about how you implement it, social media can be an incredible asset to your brand. But if you blow it, here are four reasons it could take down your brand.

One of the main perils of social media is that it encourages us to expect instant gratification and validation. Social platforms make it possible to receive a follow, share, or like within seconds.

Follows, shares, and likes make us feel heard and affirmed. If we are not careful, we can start to depend on social media for affirmation.

We might then bring our expectation for instant results and acceptance to work.

It doesn’t make it any easier that other aspects of American culture are reinforcing this tendency towards impatience (think fast food, streaming television, and how fast-paced our lives are).

As an employer, this issue might play out by you being tempted to minimize the importance of quality in the interest of getting projects completed faster. It might mean you pressure and put unnecessary stress on your employees.

Employees, on the other hand, might have unrealistic expectations for their jobs. Sian from Revital has observed a tendency for the people around her to get annoyed when they don’t get what they want immediately.

This mentality is obviously as unrealistic one to have in the workplace.

She notes, “if you start a new job, you aren’t going to be praised for every little thing you do, your new colleagues aren’t going to instantly like you and see you as a friend, and you’re not going to get a promotion straight away.”

When it comes to interacting with your customers on social media, it is of the utmost importance that you recognize that the desire for instant results is everywhere.

Most people will expect you to deal with their problems immediately. If you don’t, they will perceive you as failing as a company.

If people think you have blown it, social media gives them the opportunity to destroy your reputation on a massive scale.

Because social media makes our interactions more impersonal, it’s easy for us to emotionally distance ourselves from how harmful our words can be.

Social media also allows us to connect with thousands or even millions of people, so that negativity can cause widespread damage in a very short amount of time.

The most recent significant example of this is when United Airlines forced a passenger off one of its flights.

See Also: The Next 6 Things You Must Do to Win Customers Through Social Media

The airline had overbooked the flight, and when people didn’t accept flight credits to leave voluntarily, United randomly bumped four people from the plane.

Three left when asked to do so, but one man was a doctor who refused to get off because he had patients to see. So security literally dragged him out of the plane.

Passengers caught the situation on camera (including blood on the man’s face), and the video quickly went viral.

Even though United technically had the right to ask paying customers to leave, the company handled the incident so poorly that the episode became a PR nightmare.

As you can imagine, sarcastic and biting tweets abounded. One trending hashtag was #NewUnitedAirlinesMottos. Examples included “If we cannot beat our competitors, we beat our customers” and “Early boarding, late boarding, waterboarding, all the same to us!”

But you don’t have to make a major mistake to get roasted on social media. Even the best efforts of an organization can go bad. These platforms are full of people who enjoy causing trouble.

One example of such a scenario was when an internet troll set up a fake account as a customer service rep for Target. He then started offending people with rude and inappropriate comments.

Target handled the situation extremely well. When the company noticed the problem, its representatives had the fake account removed and posted a statement explaining what had happened.

But what was even better was they joked about the troublemaker by posting an image advertising that they were selling Troll Dolls.

Rather than losing their cool, they dealt with the problem, got the last laugh, and promoted a product before a large audience.

Give Up Social? No Way

Social media is volatile and fraught with potential hazards. Some even believe social media is killing relationships. But this fact does not mean you should avoid using it.

Businesses should make it a policy to restrict cell phone use during office meetings. Have employees stack them on a table or set them aside in a basket.

Managers should set an example by giving people their full attention when talking to them and by not being distracted by phones and other technology.

But when it comes to your customer relationships, staying off of social media does not mean you’ll avoid negative PR.

People will talk about your company on social media platforms whether you’re on them or not.

By staying away from social, you will actually miss opportunities to address customer complaints. Be active to take advantage of opportunities to build relationships with your followers and develop more dedicated customers. 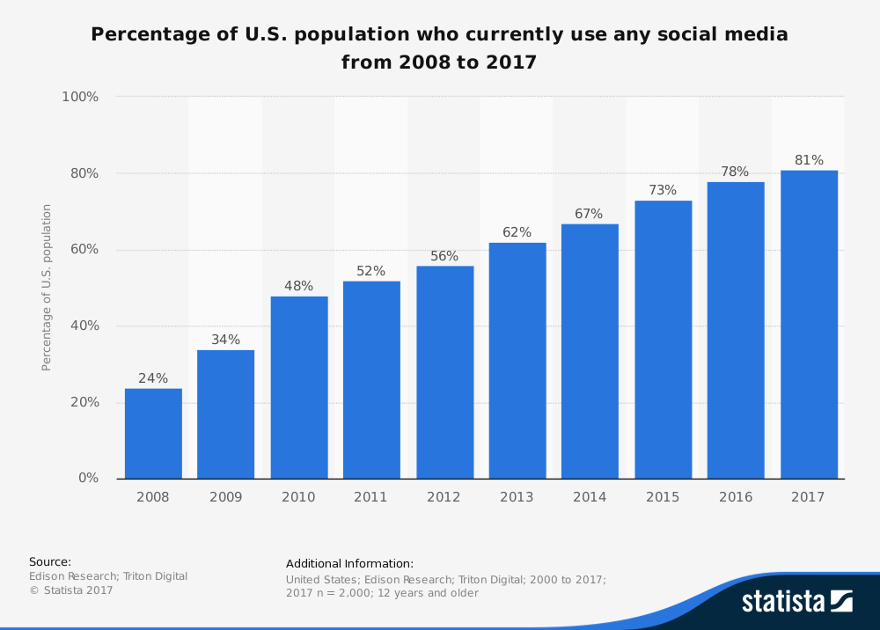 The very qualities that make social media dangerous are what also make it such an advantageous resource. It is a great equalizer, giving you direct access to your customers.

According to social media expert Tom Funk, “67 percent of Twitter users who become followers of a brand are more likely to buy the brand’s products.”

The reason why followers turn into buyers is that brands are able to leverage social for word of mouth marketing (WOMM) and convey their values directly to their fans.

Social media allows you to learn:

For example, Burger King uses social media to discover where McDonald’s is opening new locations. This is a huge advantage because Burger King gets an edge competitively without spending any money doing so.

How to Win at Social Media: Principles for Building Your Network

Here are some tips on how to win at social media without destroying your brand:

Brands clearly have every reason to pursue social media marketing. If you are smart about how you implement it, you can mitigate problems and help your company succeed.