How Underappreciated Employees Impact Your Business 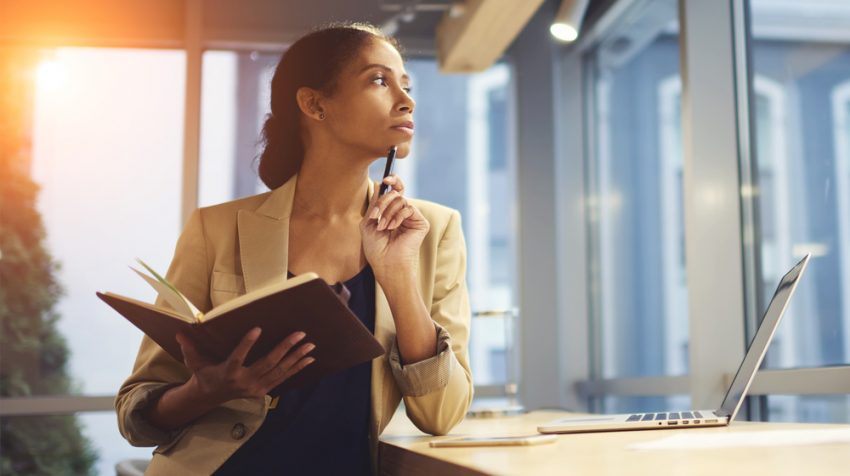 The modern employee demands more out of his job than ever before. He doesn’t just want a healthy paycheck and work-life balance. He wants to find meaning in his job and know that he’s appreciated for what he does. That begs the question: do your employees feel valued? If you don’t know the answer to this question, something needs to change.

The Majority of Employees Feel Underappreciated

A number of studies have been conducted over the years in regards to the business side benefits of making employees feel valued. But up until recently, the negative impact of feeling underappreciated wasn’t fully known.

According to a survey by Monster (involving 2,000 employees and 500 employers in the UK), 58 percent of workers don’t believe employees are appreciated enough in the workplace. Right around 54 percent of respondents said they personally feel underappreciated, with 41 percent saying they’re demotivated as a result.

From the employer side of things, 75 percent of those surveyed said they realize a failure to express gratitude has a negative impact on employee motivation. Despite this, 41 percent admitted they don’t thank their staff enough.

The Impact of Underappreciated Employees Can be Costly

What most employers don’t realize is that a lack of appreciation isn’t just arrogant or off-putting — it actually impacts the bottom line. This theory is justified by a study from noted MIT professor Daniel Ariely.

In the study, Ariely and his team gave participants a piece of paper filled with random letters. They were asked to find pairs of identical letters and then hand the sheet to the experimenter. Each round, the participants were offered less money than the previous round.

While this is just one study, it proves a point that should seem pretty obvious to anyone who possesses workplace awareness. Appreciation is valued more than anything else — even money. Or as Ariely puts it himself, “Ignoring the performance of people is almost as bad as shredding their effort before their eyes.”

A lack of appreciation can take on many different forms. In his many years of experience working as a corporate executive, leadership consultant Glenn Llopis has found that leaders unknowingly undervalue their employees in six major ways. It’s not just failing to say thank you. It’s failing to embrace differences, not recognizing strengths, refusing to seek counsel, failing to invest in relationships, not providing feedback, and micromanaging every little task.

Entrepreneur Rotem Stark is a firm believer in the power of appreciation and how it directly influences motivation in employees. She’s worked a lot of different jobs over the years — including waitressing, event planning, makeup artistry, fashion editing and more — and she’s had jobs that she loved, as well as ones that she hated. While location, benefits and pay fluctuated from job to job, Stark confidently says “the jobs I was most confident in were the ones where I felt appreciated.”

Stark expresses a sentiment that millions of other employees around the world agree with. There’s nothing more hurtful or demoralizing than a lack of appreciation and it’s time that employers get their act together.

As an employer, you may not always have a deep purse out of which you can pay large salaries. You may not have access to competitive benefits either. But you always have the ability to show employees that you appreciate them. Here are some simple ways you can do that:

Sometimes bosses are too worried about maintaining the upper hand and putting off an aura of power to show any emotion or compassion. If this is you, it’s important that you get over this approach. You need to be having intentional conversations with your employees to let them know when you think they’re doing a great job (as well as when they’re doing something wrong).

Try to have at least one intentional conversation with an employee per day. It could be something as simple as saying, “Hey, I noticed how great you were with the client on that conference call this morning. I appreciate you being such a good representative of our company. I’m thinking about putting you on a call with our other big client next week. Keep up the great work!” The impact of a statement like this will be far more positive than a one-time monetary bonus.

As an employer, it can be frustrating when people mess up or fail to meet certain goals. But you aren’t doing your company any favors by constantly berating employees. People make mistakes and goals aren’t always met. While it’s fine to give your team a kick in the rear, always treat employees with respect and dignity. Those are two things that don’t cost a dime.

“To boost team morale, it’s great to do something for your entire team — like catering lunch or bringing in donuts. But if you’re aiming to show your appreciation for an individual, it can easily get lost in these types of group celebrations,” says Avery Augustine, a manager at a growing tech company. “In one fell swoop, your top salesperson and newbie intern have just been rewarded with the same exact thing: a slice of pizza. Guess how valued your top employee is going to feel?”

There’s power in recognizing people on an individual basis. You don’t have to make it super formal or anything — a simple slap on the back in the hallway is often sufficient — but do make sure you’re taking the time to call people by their names and recognize individual efforts.

4. Ask for Feedback and Input

Healthy companies understand that there are no one-way streets when it comes to internal communication. While you should have a hierarchy in your organization, this shouldn’t totally dictate the conversation. Two-way communication is vitally important.

Think about it like this: If an employee never has any say in anything that the company does, and is constantly told what to do over and over again, does she feel appreciated or valued? No — she feels like a servant. On the other hand, if she’s asked for her opinions and feedback is encouraged, she feels like a valuable member of the team. Keep this in mind.

Show Your Employees You Value Them

Quite frankly, you can’t afford to underappreciate your employees any longer. It kills morale and hurts the bottom line. But the good news is that it’s easy to show appreciation. It doesn’t take much to show an employee that they’re a valued member of the team. In fact, it’s as simple as opening up your mouth to say thank you or writing a quick email to explain how much someone means to you.

That’s what you call a cost-effective investment in the future of your company.