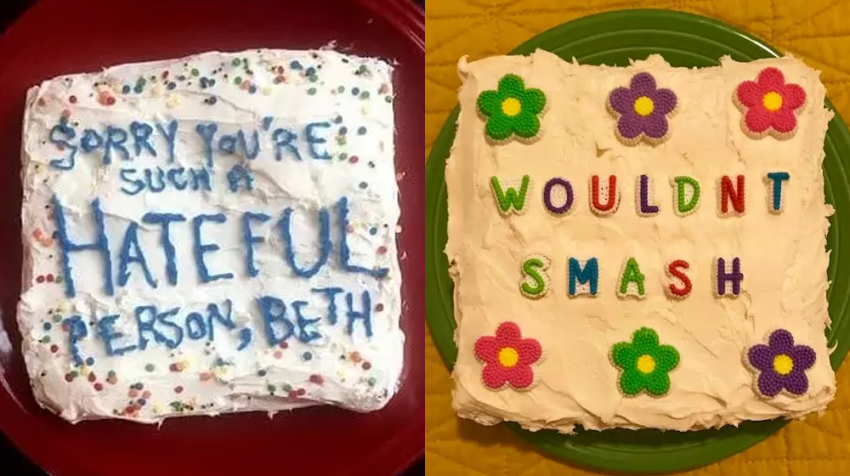 It takes a special entrepreneur to make something great out of something horrible. And what’s more detested in 2017 than mean internet comments?

Instead of dwelling on those comments or getting sucked into arguments with people on social media, Kat Thek decided to turn them into something sweet. More specifically, Thek puts them on cakes.

Her business is called Troll Cakes. It’s part bakery and part detective agency. You can order cakes with mean internet comments written on them and send them to the original poster. But that’s not all! If you don’t have an address for the person who left the comment, Troll Cakes will track them down for you.

.@amyschumer: We made this one from a comment on your Instagram account. Give us the go-ahead and we’ll ship it to the troll who said it. pic.twitter.com/VBGUYqHFzJ

Interested customers can choose a cake style on the company’s website, then send that along with a screenshot of the comment and an address if available for the poster. Prices are determined on a case by case basis since there are a lot of different factors to consider.

If your project is accepted, then you get a tracking number and your mean commenter gets a cake, which might just help them realize how ridiculous their online behavior has been.

It might not be for everyone. But for the people who have experienced online bullying or mean comments, it can sometimes help to deal with those situations in some way, even if you don’t want to resort to online arguments.