6 Key Mobile Technologies Driving the Next Wave of App Innovation 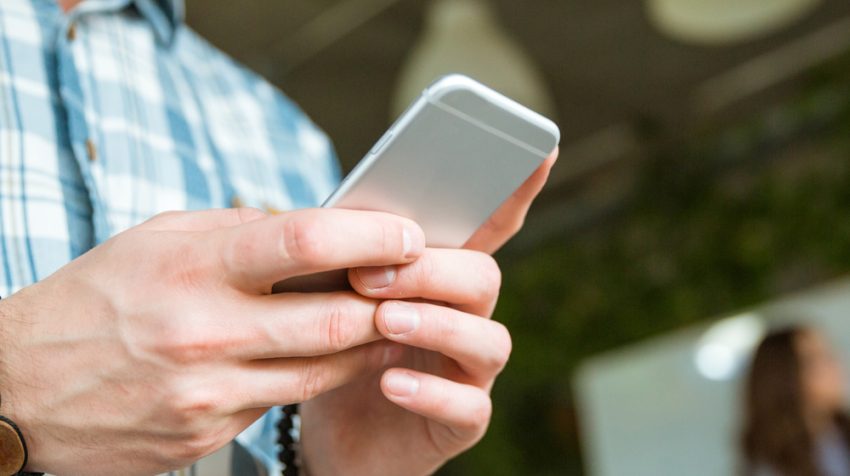 The mobile app and smartphone ecosystem has grown exponentially in the last seven years, mainly driven by user experience, technology and investment. Technological advancement on mobile platforms is still in full force. We are seeing new innovation with every OS update. These innovations can be the key to making your mobile apps stand out among millions of others just like them.

Voice functions can add extraordinary value to mobile apps. Customers can control certain functions while driving, take advantage of voice-based search, schedule meetings with voice commands, dictate commands and take notes. It has become easier than ever to build apps that can convert voice to text and text to voice. Soon, voice commands could control every app.

Most smartphones already include fingerprint scanning, iris scanning and even facial recognition. While not all devices support biometrics yet, you can use biometric capabilities on mobile to build nearly foolproof personal identification for secure payments, certain location access, secure file and server authentication, and identity management. This will be a boon for enterprise customers, government agencies and other security-conscious organizations that can replace external biometric hardware with smartphone biometrics to reduce costs and seamlessly integrate it across apps.

We have seen so much advancement with Bluetooth Low Energy (BLE 4.0) on mobile platforms. This year, BLE 5.0 will bring longer ranges, higher speed and less power consumption to the mobile ecosystem. According to Bluetooth Special Interest Group (SIG), Bluetooth audio on smartphones (which still utilize Bluetooth classic technology) will also be able to transfer to BLE. BLE advancements will allow mobile apps to control your home, cars, computers, robots, drones, sensors and other external devices with longer ranges and more reliability. Improved BLE can create more app and product opportunities in IoT, beacons and hardware devices.

Pokemon GO came and went in 2016, but the way it capitalized on augmented reality in mobile devices sparked a tremendous interest in AR’s potential. Augmented reality, the ability to superimpose computer images and information over real-world views, has existed for years. Pokemon GO’s immense success is inspiring new AR-based apps. AR functionality can make apps more engaging, informative, entertaining and educational. It can be used not only to increase brand awareness, but to educate users about products and store locations, giving you the availability to add a third dimension to the mobile user experience.

Apple launched a much-improved HomeKit in 2016. Developers are now using that software development kit (SDK) to build apps that can control multiple smart devices in your home, such as smart lights, speakers, thermostats, detectors, electrical outlets, blinds, locks and sensors.

The HomeKit makes it easier for apps to discover devices, connect to them and control them without writing any big code. This year, we will see a variety of home automation apps that allow activity-based control. For example, if a user walks out of a room, the lights will automatically turn off. Or if all occupants leave a house, alarms, locks and other security measures will be automatically implemented. Google’s Brillo, a home-automation platform announced earlier this year, will likewise increase the ease of developing home automation and IoT device control apps.

Google recently launched a virtual reality platform for developers that introduced an affordable VR device called “Google Cardboard.” Apple is also rumored to be working on a VR project. Android allows developers to build VR apps with an immersive experience that can be used in a variety of industries, including gaming, entertainment, education and tourism.

These mobile technologies will play a big role for startups or enterprises that want to build apps to solve a problem. As the masses have become accustomed to existing mobile apps and features, these technologies will provide the needed impetus to innovate the mobile user experience. If you are planning to build a mobile app this year, consider implementing one or more of these features.

As a technopreneur, Piyush Jain started Simpalm in 2009 to build custom mobile apps and responsive website for clients in North America.