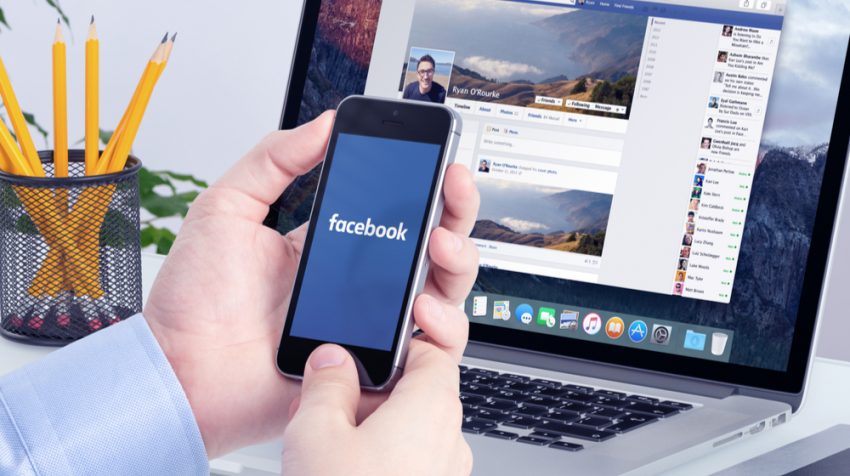 If you use livestreaming in your business, you’ve probably had to host those live talks all on your own so far. But a new feature from Facebook Live could change that.

And Facebook wasn’t the only social media platform to announce new features recently. Twitter also announced a new feature that lets businesses use bots to chat with customers via direct message.

You can read more about these updates and other small business headlines below in the Small Business Trends news and information roundup.

Facebook Live With: Now You Can Invite a Friend on Your Livestreaming Adventure

Facebook (NASDAQ:FB) is bringing the power of collaboration to Facebook Live. A new feature called Live With allows you to invite a friend or colleague to join you on your livestream. Having the flexibility of adding other participants but the control of doing so at your convenience seems like a key feature.

Twitter (NYSE:TWTR) again pushed use of its Twitter Media Library this week. Announced back in March, the library collects all the images, videos and GIFs you have ever uploaded to Twitter to make re-posting the same visual content easier.

Even in the face of economic uncertainty, small businesses are looking at 2017 as a year to grow. According to the first ever Small Business Index from the U.S. Chamber of Commerce and MetLife (NYSE:MET), a majority of small businesses are expecting revenue growth this year. And 1 in 3 expect to hire someone for a new job.

Sonny Perdue, President Donald Trump’s secretary of agriculture, said once China begins importing American beef under a new trade deal, they will want more. “When the Chinese people taste our high-quality U.S. beef, there’s no doubt in my mind that they’ll want more of it,” Perdue said in a statement Friday.

Small businesses are no longer a second choice for tech professionals seeking the next step in their careers. According to new data from the job site Indeed.com, small businesses are increasingly attracting large numbers of job seekers in the technology field. Overall, though, the most popular jobs at small businesses remain in support roles.

If your business sells any handmade wedding goods, you now have a new option for getting those goods to consumers. Amazon (NASDAQ:AMZN), the eCommerce giant that wants to be the “everything store,” just launched a dedicated store for handmade wedding products. The Wedding Shop is part of Handmade at Amazon, the handmade products platform Amazon launched in 2015.

Snapchat (NYSE:SNAP) may have just changed local marketing forever. If you use Snapchat to market your small business, you can either post content to your story, where anyone who follows you can see it, or you can communicate with people individually. But now there’s a new option for businesses to consider.

Surefire Local Marketing Cloud Aims at Features with One Login

What Barnes & Noble Can Teach Small Brick and Mortars About Survival

Traditional retail stores are struggling right now. And that’s not great news for Barnes & Noble (NYSE:BKS), a bookstore chain with 634 retail locations. But the company isn’t going down without a fight. Once Amazon announced plans to open its own physical bookstore, the business saw it as validation brick and mortar stores can still succeed.

Yelp (NYSE: YELP), a website and mobile app that publishes crowd-sourced reviews to connect people with great local businesses, claims to have over 120 million reviews of businesses worldwide.

Hey, Small Designers, the Latest Jeans Are Already Out of Style

Blue jeans are generally considered to be pretty timeless in the world of fashion. But that doesn’t apply to all of the trends within that niche. Recently, some specific blue jean trends have gained a lot of attention — just not always in a good way. You can currently get jeans that look like they have mud on them, plastic jeans, detachable cutout jeans and clear mom jeans.

If you want to succeed in business, you need to be constantly learning. And if you have a small business team, you need your team members to be able to learn as well. That’s why Teamfluent offers a unique learning solution for teams. You can read more about the business and its philosophy below in this week’s Small Business Spotlight.

The Small Business Regulatory Flexibility Improvements Act of 2017 may be one step closer to reality. The bill,  sponsored by Senator James Lankford (R-OK),  made it through the Senate Homeland Security and Governmental Affairs Committee recently. It is aimed at streamlining and improving the regulatory process for American small business.

Negative Press Has Impacted How 57 Percent of Consumers View Uber

If you think all press is good press, you might need to learn a little something from Uber’s recent string of controversies. The company’s scandals, which include lawsuits, self-driving car mishaps, allegations of sexual assaults in the workplace, executive missteps and more, have seriously hurt its reputation according to a recent report.

What Founders Can Learn from the On-Demand Economy

Has there been a business model that has earned as much attention, funding dollars, and as many spin-offs as the on-demand model? Certainly not in recent memory, and certainly not so quickly.

If you’re like most entrepreneurs, you are probably happy to be one, a new study indicates. Are Entrepreneurs Happy? According to the 2017 American Express OPEN Small Business Monitor, the answer is, “Yes”. In fact, 81 percent of business owners say their happiness is due somewhat or entirely to being an entrepreneur.

An influx of cybercrime in recent years has led to plenty of worry for small businesses. But it has also led to opportunities for some. Just ask Matt Loria. Cyber Security Business Opportunities Loria is the co-owner of Auxiom, a Michigan based company that provides IT and cyber security services to small businesses. And it’s a business that’s booming right now.

What Small Businesses Should Know About Neural Machine Translation

Among the list of technologies that have radically changed our economy in the last year is a handful that did not receive the same level of attention as artificial intelligence or self-driving cars. One, in particular, is called Neural Machine Translation (NMT), a major breakthrough in language technology that some believe is a turning point in how business gets done.

As expected, Microsoft (NASDAQ:MSFT) this week announced the latest generation of their Surface Pro tablet. The numbering system is gone, so it’s now just Surface Pro. But that’s not the only thing that has changed. In fact, the Surface Pro is now no longer a tablet. Instead, Microsoft calls it “the most versatile laptop.

98 Percent of WannaCry Hacks Were on Windows 7 Computers

The WannaCry (or WannaCrypt) ransomware hack that impacted businesses worldwide was most successful on Windows 7 computers. It was believed that computers running older systems were most vulnerable to the ransomware attack. That turned attention to systems like Windows XP and Vista, still in use on a large number of computers today.