Obamacare Penalties for Employers May Be History — But Not Quite Yet 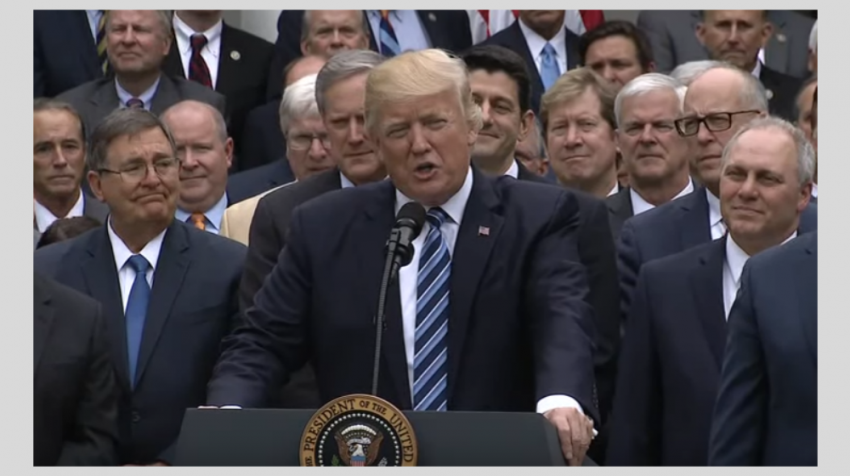 Obamacare — and the mandates it places on small business employers and the self-employed — is one big step closer to being repealed and replaced.

Republican members of the House of Representatives voted Thursday to repeal the Affordable Care Act, known as Obamacare. The vote also replaced Obamacare with what’s known as the American Health Care Act.

The bill passed by a slim margin, 217-213, will now go to the Senate. If it passes through the Senate, the legislation would then go to President Donald Trump’s desk to be signed into law.

The bill should allow employers to provide health coverage as a benefit rather than something it has to do.

Employer Mandate Is Gone — Sort Of

AHCA doesn’t take away the mandate for employers with 50 or more employees to provide affordable coverage.

However, there will be no tax penalties imposed on businesses that fail to provide this coverage. Basically, it will be an unenforced mandate.

For example, under AHCA, insurance companies will not be required to provide limitless coverage of Essential Health Benefits — things like emergency room visits.

Obamacare prevented employers from putting caps on these services. It also identified 10 services that all plans had to provide without limit.

It also put a ceiling on how much employees had to pay out of pocket for these services.

For EHBs, states will now be able to determine what their baseline of essential coverage covers.

Based on where your business is, if that state has lower minimum standards that insurance plans must have, employers will be able to offer lower costs to employees.

Under Obamacare, if employers failed to provide health coverage to their employees, they faced tax penalties. This required companies to report to the IRS what coverage they provided and to whom.

Without an enforced mandate, businesses will no longer be required to report that information — a considerable cost according to some.

AHCA Impact on Self-Employed and Solopreneurs

The AHCA really has an impact on the individual buyer. This affects the millions of freelancers, solopreneurs, and other self-employed individuals who either watched coverage costs go higher or insurance companies leave their state.

Like the mandate placed on employers, the personal mandate will also go away under the new bill.

That requires individuals — including self-employed and solopreneurs — to buy healthcare insurance whether they can afford it or not. Those who didn’t were forced to pay a tax penalty.

For self-employed people who don’t feel they need as much coverage, the loosening of EHB rules should allow insurance companies to provide cheaper, more tailored coverage — say, for example, just providing emergency hospitalization to a certain cost limit.

Small businesses — those with less than 50 employees — weren’t required to provide coverage under Obamacare.

The goal was to have affordable plans that small businesses could use as incentives to attract talent but that never happened.

With the potential for lower-cost plans and no reporting mandates, small businesses may be able to afford at least some essential coverage to employees where they wouldn’t have previously.

The lack of an enforced mandate should also allay any fears expanding small businesses may have had under Obamacare.

For example, Obamacare essentially discouraged employers from expanding above 49 employees. Otherwise, they’d have to provide coverage or face the stiff tax penalties.