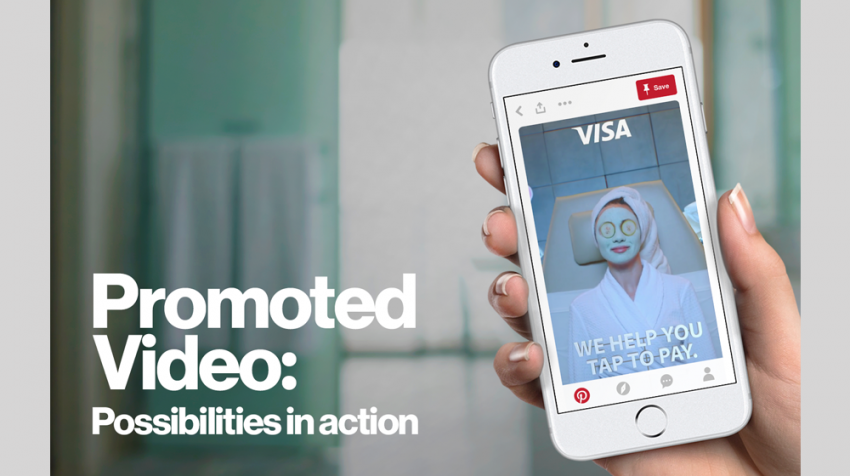 This new format of video plays as soon as you scroll across your feeds. They also autoplay in the platform’s search results.

“So when someone knows exactly what they’re looking for on Pinterest, your video can be right there to show it to them. Your videos will also show up when they tap open a Pin and scroll down to the ‘More like this’ selection of related Pins”, writes Jenny Chiu, a member of the Partnerships at Pinterest team on the official Pinterest Business Blog.

The popular pinning and sharing platform announced last November that it was going to test auto-play promoted videos and now it is doing so with brands like Toyota, Universal Pictures, Adidas, L’Oreal and Visa. Pinterest plans to open the feature “in the coming months” to advertisers in the U.S., U.K., Canada, Ireland, Australia and New Zealand. Advertisers will be able to buy the service through Pinterest’s self-serve ad-buying tool or advertising API or directly from the company’s sales team.

Since the video ads play automatically and are therefore more likely to get views, they will likely also cost less for advertisers. The social network will also charge advertisers based on the number of impressions their ads receive. So if a user quickly swipes past an ad within a second of it playing, the advertiser still has to pay.

Finally, Pinterest announced Moat, a service providing real-time attention analytics, will provide data on viewability, or how much of the videos were in view while Nielsen Mobile Digital Ad Ratings will measure audience reach of campaigns using Promoted Video with auto-play.

“See how much people saw — thanks to our partnership with Moat, you’ll soon be able to find out how long people played your video, and how much of it was on screen (like “10 seconds, 100 percent in view”), Chiu added.