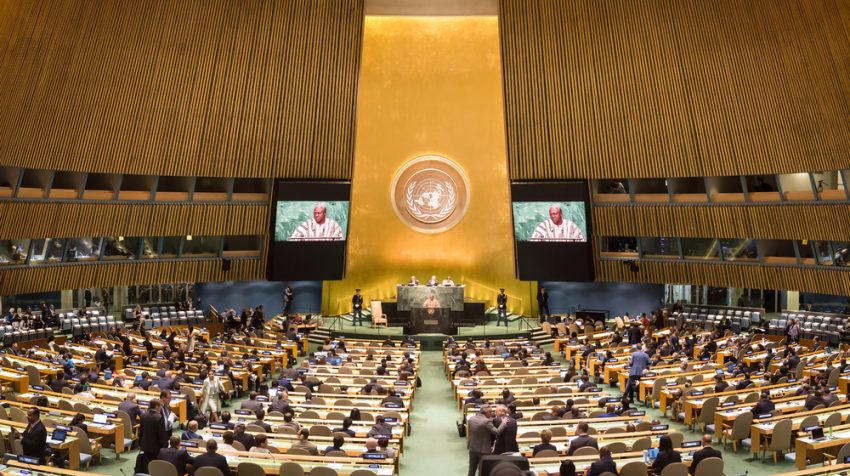 The critical role small businesses play is being recognized by no less than the United Nations this week. The UN announced Thursday May 11 it would designate June 27, 2017 as Micro, Small and Medium Enterprises Day.

The special designation acknowledges the vital position small businesses occupy in economies around the globe as job creators. The UN will call upon these businesses and other entrepreneurs around the world to create an estimated 600 million jobs worldwide over the next 15 years.

This is the number of jobs projected to be lost globally over the same period due to automation — particularly artificial intelligence — according  to the World Bank.

But world leaders stress these new jobs should be not only green but also sustainable. This means they must be created not just to increase profitability but also to have minimum impact on the environment, local communities, society or the economy.

“If you can’t create enough sustainable quality jobs, nations can have a problem with instability and that timeline has actually moved up now with AI,” Ayman El Tarabishy, Executive Director of the International Council for Small Business told Small Business Trends.

El Tarabishy emphasized how the need for these new jobs over the next decade and a half was being driven largely by technology.

But the focus on sustainable “humane” jobs to offset those lost to AI also creates a higher bar for entrepreneurs, Winslow Sargeant, senior vice president of the International Council for Small Business told Small Business Trends.

“The human cycle in terms of how to build a company around sustainability that’s focused on people. And there’s the enterprise side so that you can be a company that makes money and does good,” he added.

Sargeant said small businesses, no matter the size were in a unique position to fill the gap created by rising population and a decreasing number of jobs.

“Micro, small and medium enterprises contribute significantly to product innovation in the marketplace as well as up to two thirds of all new jobs in the workforce,” Sargeant said.

As well as promoting the growth of small business worldwide, the Summit is geared toward finding ways to reach the UN Sustainable Development Goals that are designed to end poverty and promote prosperity.