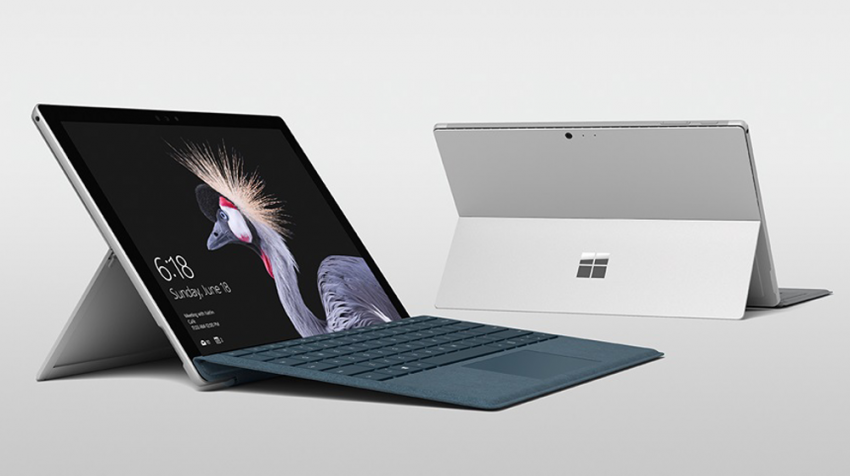 As expected, Microsoft (NASDAQ:MSFT) this week announced the latest generation of their Surface Pro tablet. The numbering system is gone, so it’s now just Surface Pro.  But that’s not the only thing that has changed. In fact, the Surface Pro is now no longer a tablet. Instead, Microsoft calls it “the most versatile laptop.”

All of this aside though, it looks like the folks at Microsoft are still pretty contented with the Surface Pro since the overall design has not changed much since the launch of the original Surface 3.

The big change, however, is the battery delivering up to 13.5 hours of power. That is about 50 percent more than the battery life offered by Surface Pro 4. While the Core i5 and m3 models will ship with a fan-less design, the Intel Core i7, the top model, still comes with a fan.

The long battery life will definitely be a plus for business owners who would like to stay connected and on top of their day-to-day activities while on the go.  And for the first time, the Surface Pro will have an LTE compatible version that will support an eSIM and micro SIM.

Typing on the new Surface Pro is also easier, more accurate and more comfortable thanks to the redesigned keyboards that deliver high-quality scissor mechanism for consistent, stable typing experience, the company says. Even the pen looks a little more refined with removal of the clip at the top of the device.

The new Surface Pro is now available for preorder starting at $799. The Surface Pen, which is sold separately, costs $99 while the Type Cover starts at $129. The devices will start shipping on June 15.